In Pictures: Stadler 2561 arrives in Croydon

As we previously reported on British Trams Online Stadler Variobahn 2561 arrived at London Tramlink’s Therapia Lane Depot on Sunday 6th September and we can now show you some images of the tram arriving at its new home courtesy of Ian Buck. 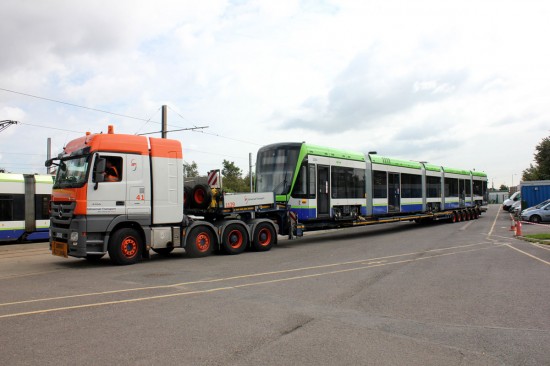 2561 shortly after arrival on the back of the low loader. 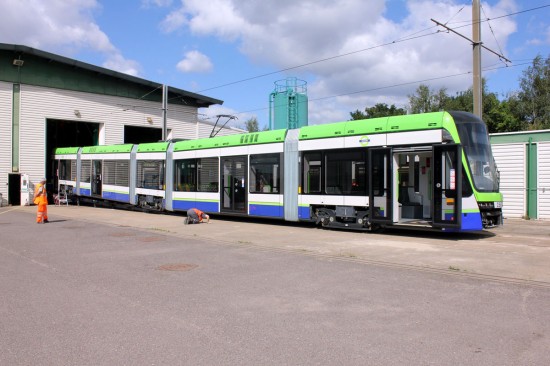 2561 is gently unloaded onto Tramlink metals. (Both Photographs by Ian Buck)