Posted on Monday 21 September 2015 by Gareth Prior

There has been more movement with the M5000s on Manchester Metrolink with 3103 – which seemingly snuck into Manchester without us noticing! – entering service on Saturday 19th September running as part of a double unit on the Eccles route. Meanwhile the same day saw 3104 delivered to Queens Road Depot for a start to be made on its own commissioning and mileage accumulation ahead of an entry into service. 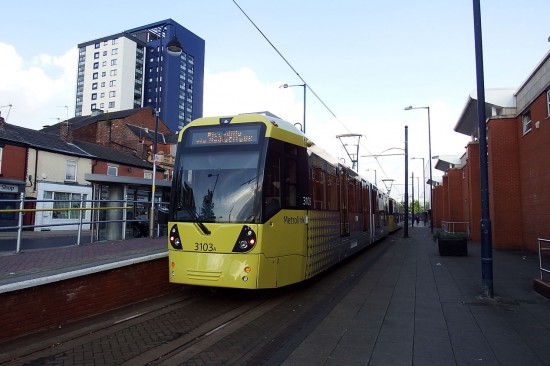 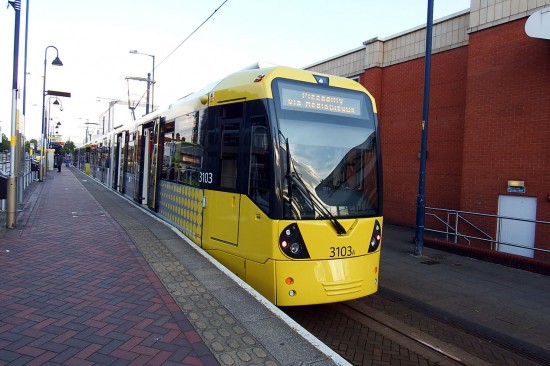 Two photos showing 3103 at Eccles on 19th September 2015 - its first day in service. (Both Photographs by Steve Kemp)