As expected on Tuesday 2nd June the new outbound platform at Deansgate-Castlefield reopened to Manchester Metrolink services for Altrincham, Eccles, MediaCityUK and East Didsbury. On the same date the new TMS control system for the three track layout was brought into use meaning trams can now use the full flexibility of the new layout.

The new layout at Deansgate-Castlefield comprises of three platforms with a new island platform constructed immediately opposite the outbound platform which has been rebuilt over the past few months. The inner face of the island platform is bi-directional with the other two platforms being dedicated to their normal direction of travel. 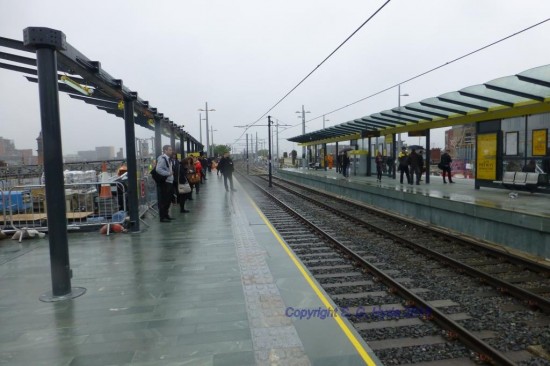 The rather damp scene on the opening morning is seen here as commuters wait for their trams in typical Manchester heavy drizzle. 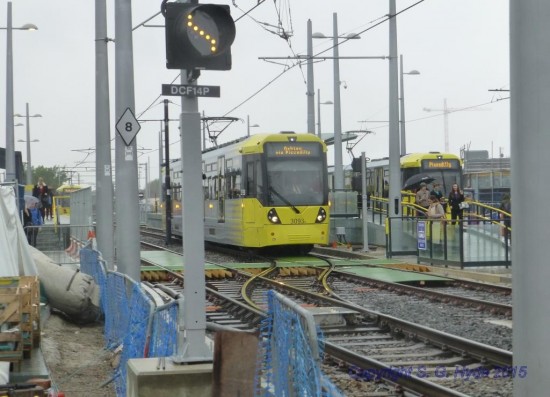 This is the city end of the layout with inbound trams ready to depart from both the dedicated inbound and the bi-directional centre platforms. In the foreground 3093 is leaving for Ashton and behind in the inbound platform 3085 waits to leave with a service to Piccadilly. 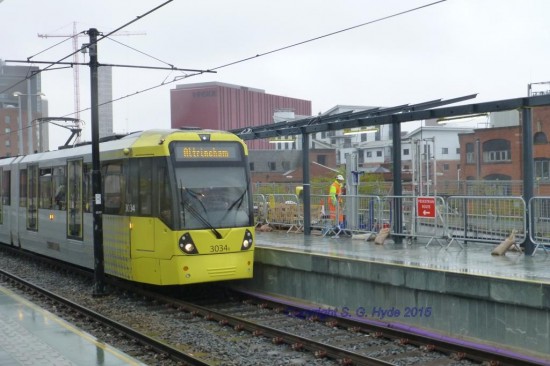 The new platform with 3034 at the head of an Altrincham bound coupled set. (All Photographs by Steve Hyde)