In Pictures: London County Council 106 returns to the rails

On Thursday 4th June London County Council 106 made a return to the rails at the Crich Tramway Village as it underwent some testing and driver refamilirisation on the mainline at the home of the National Tramway Museum. 106 had last run in 2010 when it was withdrawn from service requiring workshop attention which it has been receiving since last year thanks to sponsorship from the London County Council Tramways Trust.

It is planned that 106 will be relaunched into service on Saturday 13th June during the two day Classic London event (which continues on Sunday 14th June) with all four operational London trams due to be in passenger service on both days. In addition to 106 this is of course the stunning London United Tramways 159, Metropolitan Electric Tramways 331 and London Transport 1622. The other London passenger tram on site at Crich is of course London County Council 1 which is currently undergoing a major restoration in the workshop.

In addition to the trams there will be visiting road vehicles operating including vintage London buses (including at least two from the London Bus Museum, Brooklands) and taxicabs. London trolleybus 1348 will also be visiting from the Trolleybus Museum at Sandtoft. On Saturday 13th June the Museum will remain open until 2100 with the last tram rides at 2000 and the Red Lion and catering facilities still serving for a further hour.

All being well British Trams Online will be providing Live coverage of the first day of the event over on Facebook at http://www.facebook.com/BritishTramsOnline.

Back to Thursday 4th June now and 106’s test runs saw it run alongside fellow Londonder LUT 159 with Chesterfield 7 also in action and we are delighted to be able to bring you a few images from the day courtesy of the Crich Tramway Village. 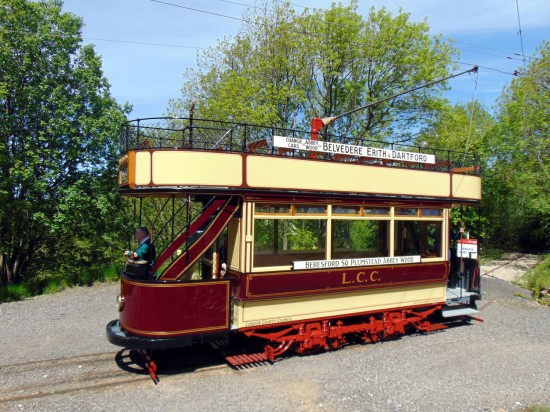 In practically perfect weather conditions 106 waits at Glory Mine. 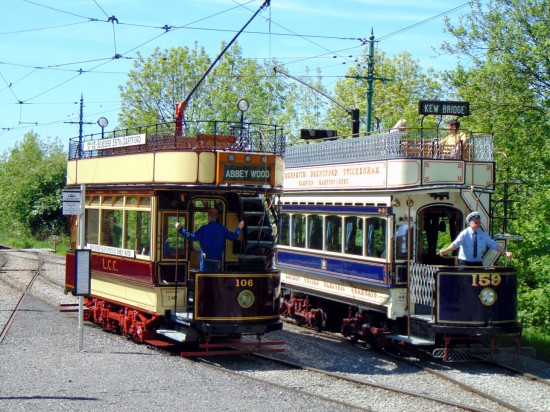 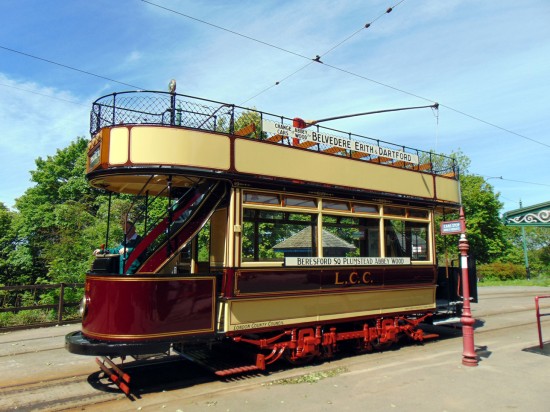 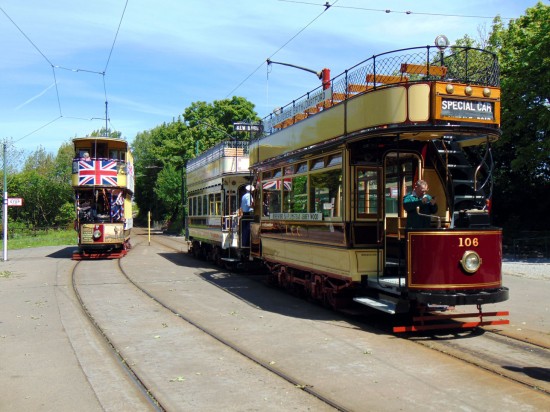 Still at Wakebridge this time 106 has been joined by both 159 and Chesterfield 7. (All Photographs courtesy of Crich Tramway Village)

1 Response to In Pictures: London County Council 106 returns to the rails