In Pictures: All Edinburgh Trams now in full fleet livery

Posted on Wednesday 29 April 2015 by Gareth Prior

When the Edinburgh Trams system launched at the end of May 2014 two of the 27 strong class of CAF built trams were not completed in the full fleet livery and it was presumed they were being kept this way to allow the easy application of advert liveries in the future. However now almost 11 months later 262 and 269 have received the full “Transport for Edinburgh” colours (if colours is the right word considering they are mainly white!). A few months ago it was rumoured that a contract for the first all over advert was close to be secured but for at least the time being all of the trams will now provide an uniform appearance. 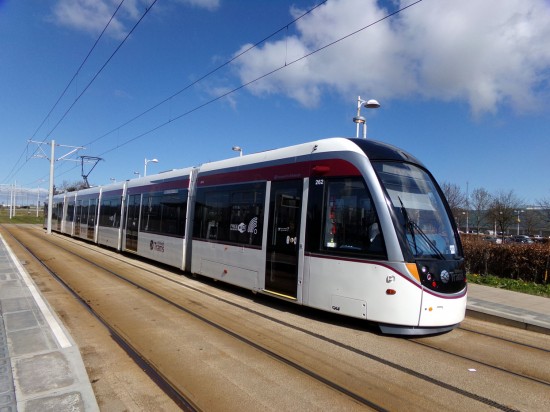 262 shows off the full livery at the Gyle Centre on 18th April. (Photo by Alasdair Macfarlane)

2 Responses to In Pictures: All Edinburgh Trams now in full fleet livery