Posted on Wednesday 15 October 2014 by Gareth Prior

Wednesday 15th October dawned on Midland Metro and for the third day in a row the depot at Wednesbury was visited by a low loader with the second T69 of the week loaded and transferred to Long Marston. This time it was tram 15, which was not withdrawn until the start of this month, which was to make the trip away from the West Midlands – the fifth of the T69s to now reside at Long Marston.

15 had spent the previous day in the workshops being prepared for its trip (which included the removal of the Agenoria nameplates) and then early on 15th October the team from Allelys arrived in order to load the tram onto the low loader. With the tram loaded it was driven out of the depot gates at around 1100 to embark on the journey to Warwickshire. It joins 01, 02, 13 and 14 in secure storage at Long Marston and eventually it is expected that all of the T69s will be moved there but that is for the future as several examples remain serviceable and in regular use as further Urbos 3s are prepared for service. 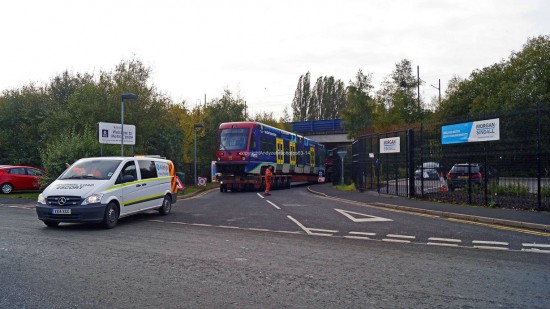 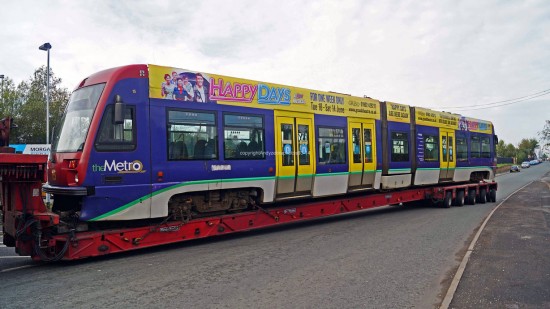 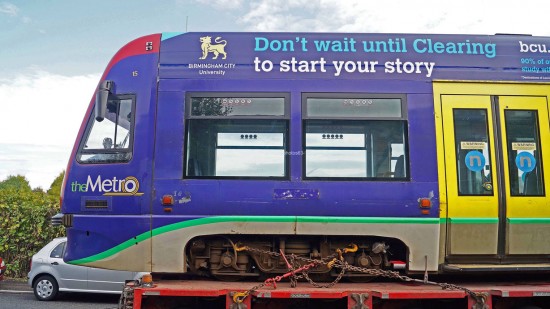 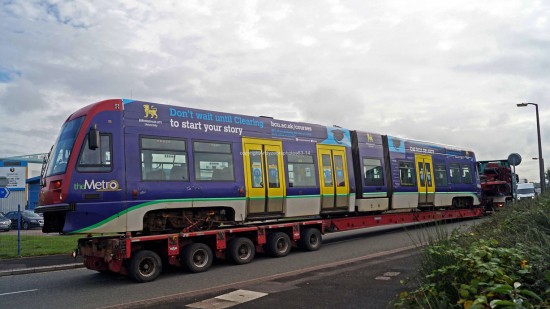 15 leaves Birmingham on the back of a low loader on 15th October. (All Photos: Andy Walters)