Unfortunately the past week has seen another pair of T68s fail in Manchester City Centre causing further delays on the Metrolink network. This time the incident happened at approximately 1530 and involved 1008 (for the second week in a row) and another tram (thought to be 1010) running as a pair. Unlike last week they were declared a complete failure and M5000 3020 was coupled to them to take them back towards the Depot. 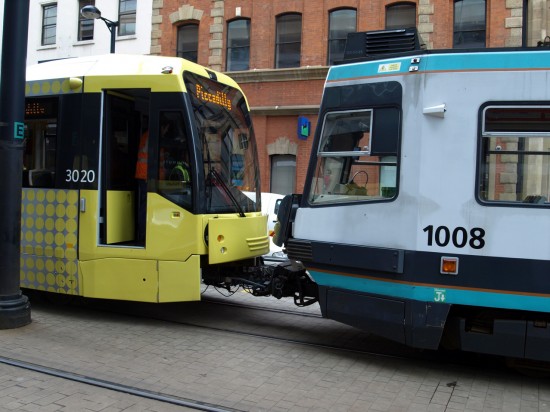 3020 is seen here attached to 1008 after the latter had failed in Manchester City Centre. (Photo: Dave Holden)