On Friday 11th July, Blackpool Brush Railcoach 298 left the National Tramway Museum at Crich, and was transported to the museum store at Clay Cross. Earlier in the week, preparations for the move were made with 298 being moved to the front of the depot, and a protective sheet being placed over the tram. This was presumably to protect it as the sliding roof panels are incomplete, meaning that the car is not fully watertight.

As usual the move was handled expertly by Scott’s Heavy Haulage and by the Friday afternoon, 298 was safely tucked up inside its new home, where it joins fellow ex-Blackpool cars OMO 5 and Dreadnought 59 in storage away from the public gaze. The tram duly becomes the first to be moved to Clay Cross since December 2005 when three cars - Sheffield 46, Leeds 600 and Glasgow 1100 – all made the short road journey to free up depot space at Crich for a number of new arrivals, which, ironically, included car 298! For the last two and a half years, the car has been joined by sister car 630 allowing the immaculate modernised tram to be compared with its less than pristine stablemate.

The departure of Blackpool 298 has, like most recent decisions made by the Tramway Museum Society, been somewhat controversial. Although it will be in secure undercover storage, it is feared that this move will quash any likelihood of the aborted restoration work being completed in the short term. Whilst the justification being given to prioritise the construction of a replica Manchester Standard car is that a significant sum of money is already allocated to the project, a six-figure sum is also held in a restricted fund to complete the restoration of 298 to running order, yet seemingly there are no immediate plans to progress with this work. It remains to be seen how long 298‘s stay at Clay Cross will be, or indeed whether it will be Crich or Blackpool who achieve the restoration of a Brush car to its original ‘art-deco’ condition first.

Although the rumour mill has gone into overdrive regarding the reasoning behind 298‘s departure, the official word from the TMS is that it has been moved off-site to create space for the temporary return of Blackpool & Fleetwood ‘Box’ car 40, which is expected to arrive at Crich later this month, as well as Blackpool 167 when its current loan period with Blackpool Transport concludes at the end of the summer. However, these developments and more should ensure that Crich can enjoy some more positive publicity later in the year which will hopefully go some way towards compensating for any disappointment felt regarding the Brush car. 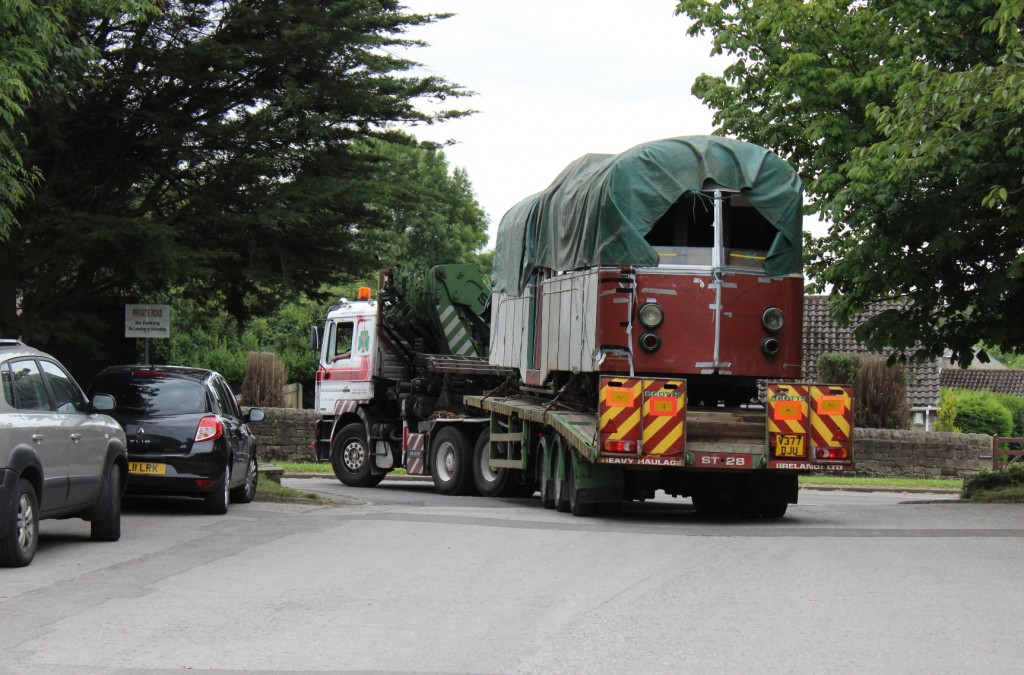 An unusual view of a tram leaving Crich through the main entrance/exit route onto the adjacent road. Here, Blackpool 298 is shown leaving the museum following almost a decade of storage in the depots. 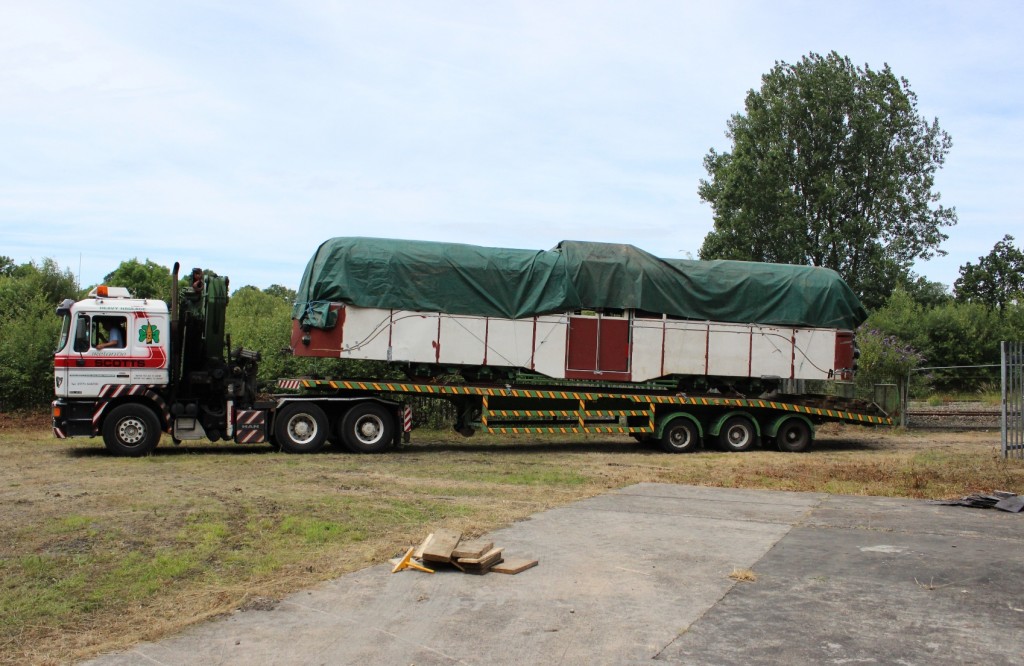