Nottingham Express Transit has become the latest UK light rail system to introduce ticket machines with the machines going live for the first time this week. The machines have undergone extensive testing over the past few weeks and after this was deemed a success the decision has been taken to official switch them, alongside the smart card validators, on allowing the public to purchase tickets through then instead of the onboard conductors.

Phil Hewitt, Chief Executive of NET, explains more: “The new ticketing arrangements are all part of our plans to continue to improve the city’s tram network as it expands. Although this is a major change the new machines have now been visible for some time and over recent weeks we have had teams of staff out and about at tram stops talking to people about them. Our staff will continue to be at tram stops to offer help and advice and initially conductors will remain on trams as the new system beds in.”

To aid passengers in using the ticket machines a series of user guides have been published on the NET website at http://www.thetram.net/buy-before-you-board and there is also a link to a video that demonstrates how to operate the machines. 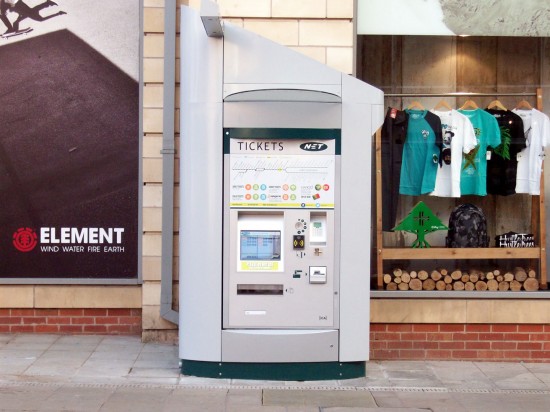 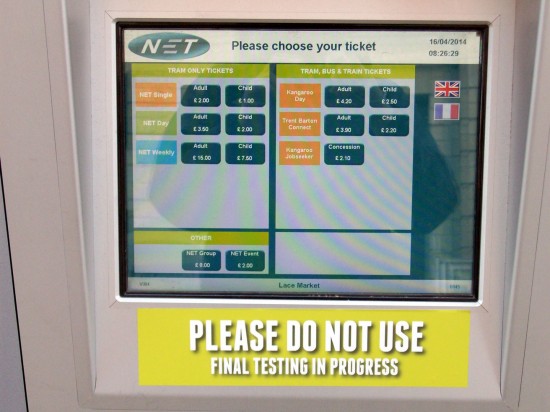 Two photos showing one of the ticket machines at Lace Market during the testing phase. (Photos x2 by David Beardsell) 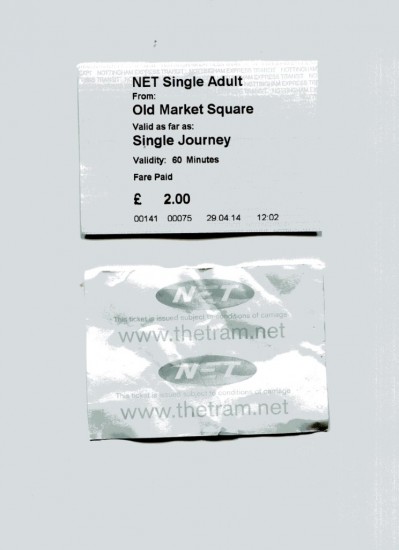 One of the new tickets from the machine. (Photo: Bob Gell)