In Pictures: Testing continues in Edinburgh

Test running of Edinburgh Trams is continuing with a recent expansion in hours of operation with trams now testing now taking place at any time between 0500 and 2359 on weekdays. It is also planned that testing will be extended to weekends at some point in April. Edinburgh Trams are still targeting May for opening but are keeping their cards close to their chest as to exactly when this will be but have previously said they will give a four week warning ahead of opening. 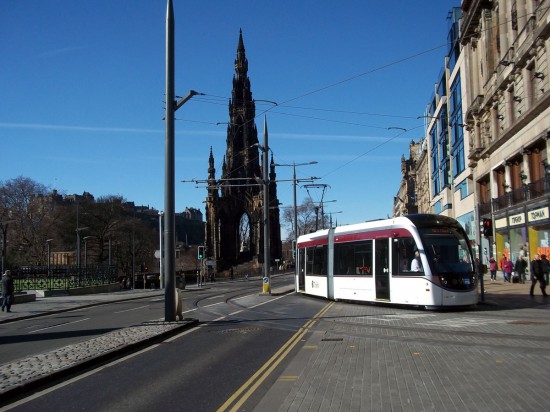 255 heads off Princes Street into South St Andrew Street with Edinburgh Castle and Scott Monument in the background. 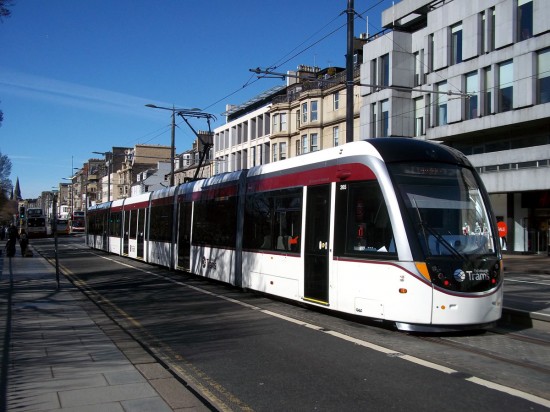 265 waits at Prince Street stop returning to the Airport. (Both Photos: Alasdair McFarlane(