The saying that lightning never strikes twice has unfortunately been proved untrue by the Manchester Transport Museum Society, who have had to withdraw the planned loan of Stockport 5 to Beamish for their main transport event in April for the second year running. This is the latest of several less than ideal developments affecting the Manchester tramway, although the MTMS remain optimistic that the loan will still go ahead at a later date.

Some remedial work was being undertaken on car 5 recently in preparation for its holiday in the North East, when some rotten timber was discovered on its upper deck floor. This will obviously need to be rectified as soon as possible, and it will not be possible to complete the work required before the Beamish event. The tram is therefore out of service at present, but hopefully this will not be the case for very long. MTMS Chairman Bob Hill, who was also involved in Stockport 5‘s restoration, said this week: “I am pleased to say the planned exchange of 5 with Blackpool 31 will still go ahead, just a little later than planned”. No dates for the intended transfer have been announced so as to avoid further disapointment.

As well as the bad news about Stockport 5, it has been decided to postpone the tramway’s next event, as well as the official opening of the new Lakeside Depot as poor weather has slowed down progress at the work site. Mr Hill explained in a press release published on 21st February: “A number of unforeseen circumstances have conspired against us and we don’t feel that it would be fair to our members who have put such an effort in to have a number of incomplete projects on show. By postponing until the summer we can showcase our achievements and wonderful tramcars properly and be rightly proud of our efforts. Whilst it is disappointing to have to postpone events it does give us the opportunity to consolidate our efforts and produce a summer gala that I know will both surprise and delight our visitors.”

No doubt once the various jobs have been completed, the tramway’s fortunes will improve drastically and although the delays are disappointing, there remains no doubt at all that Heaton Park has been one of the big tramway success stories of the last few years. The tramway has already promised that its next gala will be bigger and better than what was initially planned – and we can’t wait to see what they have in store for us all! 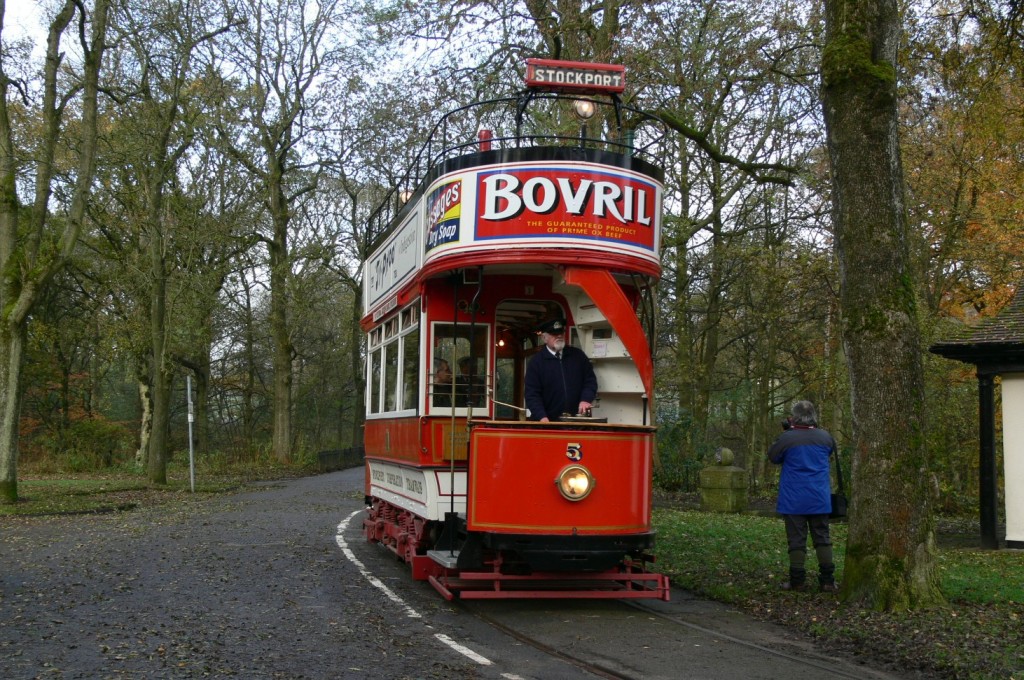 Stockport 5, sadly now out of service, is seen in action during the 2013 Autumn Gala at the Heaton Park Tramway. Hopefully plans for this superb tram to operate at Beamish will be realised before too long. (Photo by Andrew Waddington)