In Pictures: NET 208 receives its stripes

No sooner has we speculated that Nottingham Express Transit 208 was about to enter the workshops for its refurbishment than it was seen in service carrying a revised livery. You may remember that this tram has recently been stripped of its advertising vinyls for e-on with 206 taking on this advertising contract but rather than be immediately withdrawn from service 208 has now had a white stripe applied to its body below the windows along with numerous external adverts including several for the Combat Bullying charity. 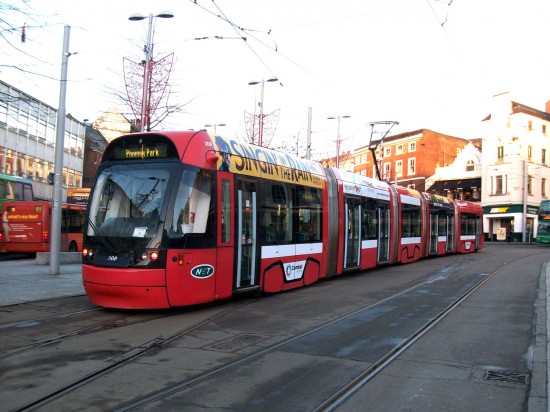 208 with the added white stripe to its plain red livery plus several adverts including the interestingly placed ones for Combat Bullying. (Photo: David Beardsell)

1 Response to In Pictures: NET 208 receives its stripes