In Pictures: The early liveries of Edinburgh Trams

It seems strange that a system which has yet to open has already had so many different livery styles but that is exactly what has happened in Edinburgh with no fewer than four different liveries carried so far. Starting off with the mock-up which had the then Lothian Buses harlequin inspired livery, then the original batch were in mainly white with a “madder” (there is a fair bit of debate at the moment as to whether it is madder or not but we go along with that for now!) stripe above the windows featuring Edinburgh Trams logos, the white livery with madder stripe without logos and finally the Transport for Edinburgh livery as revealed earlier this week. With thanks to Alasdair McFarlane we take a closer look at the first two liveries. 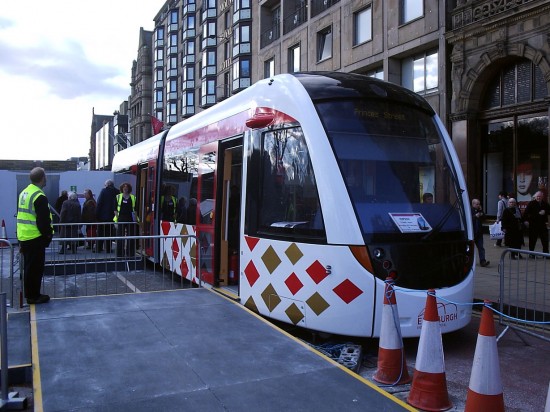 The mock-up seen on Princes Street in the most colourful of the liveries featuring the harlequins then on the Lothian Buses fleet. 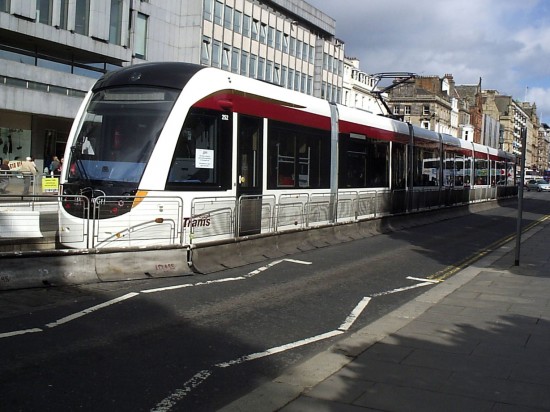 Livery number 2 included the original Edinburgh Trams logos. 252 shows off on Princes Street during its period of display. (Both photos: Alasdair McFarlane)

2 Responses to In Pictures: The early liveries of Edinburgh Trams