In Pictures: Testing comes to an end in Blackpool for now

Posted on Tuesday 5 July 2022 by Gareth Prior

It was planned to take place on five days and it did take place on five days, although they may not have been the five days that had been originally intended, and now the first period of daylight testing on the Blackpool Tramway extension to North Station is over. Testing resumed on Monday 4th July and concluded on Tuesday 5th July with three trams and then four trams used respectively.

When we left the testing last time there has been a few signalling problems which had meant there was no testing on the planned third day (Wednesday 29th June), limited testing on the fourth day (Thursday 30th June) and then no testing at all on the fifth day (Friday 1st July). It was left at that testing should resume on Monday 4th July, subject to the signals being fixed, and they duly were which allowed two further days to take place to conclude this round of testing.

These latest two days of testing seemed to be pretty successful although on the final day there were a few minor delays on the northbound service to Fleetwood with the signal a little slow to react to trams and the transponder at the Dickson Road end of Talbot Road looks as if it will be moved a few metres to the west.

This is the end of the testing for now and work on the project will now continue to concentrate on the construction of the hotel adjacent to the North Station terminus. There will be no consideration of tram services starting in any form before this construction work is completed.

For the record, and including the nighttime testing, the following trams have been used along Talbot Road so far: 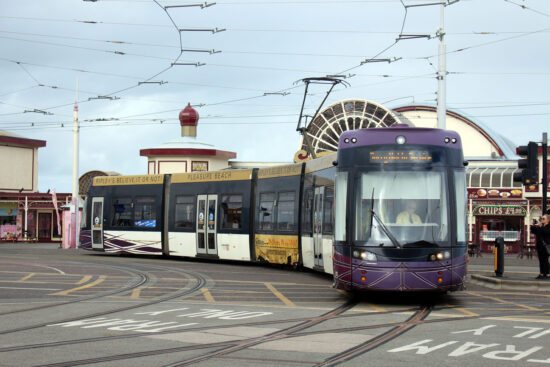 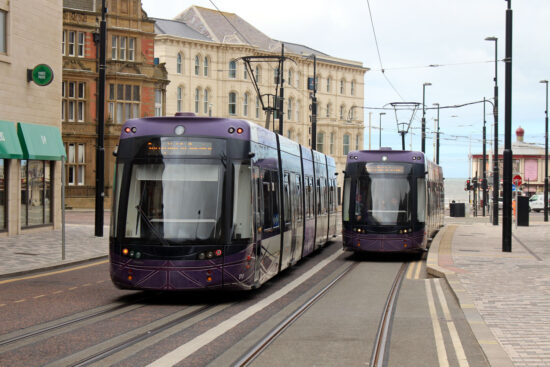 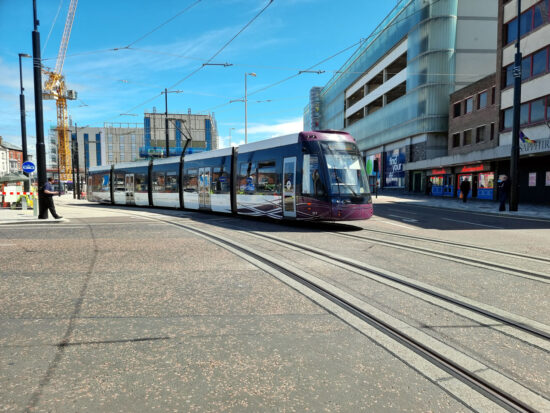 017 comes out of the worksite which will contain the tram terminus as it heads back down Talbot Road. 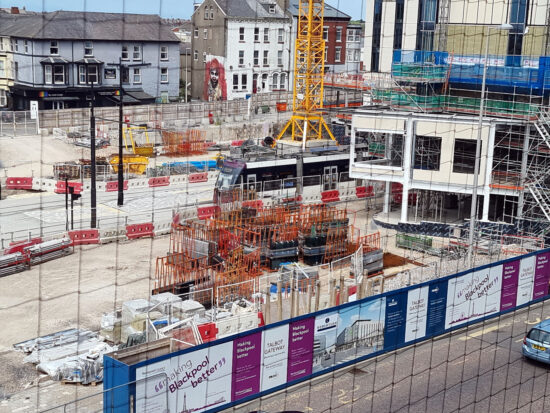 Looking down to the terminus with 017 standing at the stop. (Photographs x2 by Michael Morton, 5th July 2022)