Ever since Crich announced earlier this week that the museum would be closed until at least the end of the week there has been a lot of online discussion as to what the cause was. Whilst the initial statement did say it was due to safety concerns around the depot fan, no specific details were given but the Office of Rail Regulation have now confirmed that it came following an inspection of the infrastructure and their decision to issue a prohibition notice.

A spokesperson from the ORR said: “Following an inspection looking into a potentially serious matter at the Crich Tramway Museum, we’ve taken the decision to prohibit access to certain areas of the site to protect members of the public and staff working at the Museum and ensure safety improvements are made to its infrastructure. We know how much the tramway is loved and we’ve not taken this decision lightly, but have done so in the interests of safety.”

No public statement seems to have been released by Crich on the issue (although a statement was given to TMS members earlier this week) but the ORR statement does seem to confirm those rumours that it was not an internal Crich decision to stop running whilst investigations and repairs are undertaken.

There are numerous articles on local news websites which include quotes from anonymous whistleblowers making allegations about how much was already known by management with counter denials but what we know as facts at the moment are that the museum is closed because of the safety concerns and that the ORR were involved in the final decision.

There are two main areas of concern – one on the depot fan and the other by The Red Lion in the main museum site. Until these have been rectified the museum looks set to remain closed with no trams running. No further announcement has been made yet as to when the repairs may be completed (and presumably a further inspection will be required before the museum can reopen). As things stand at the moment Crich is closed to at least Friday 20th May.

It has now been confirmed that the museum will remain closed until at least Tuesday 24th May 2022 and that it is likely no trams will run until early June at the earliest. 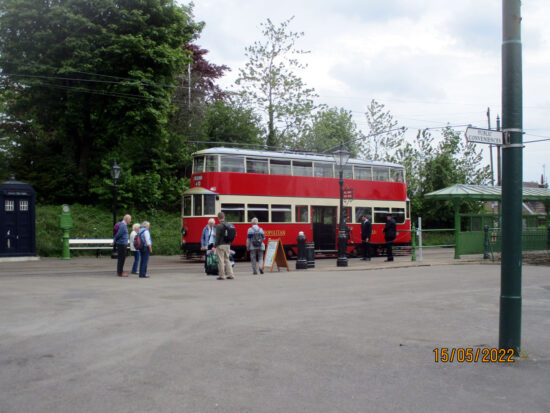 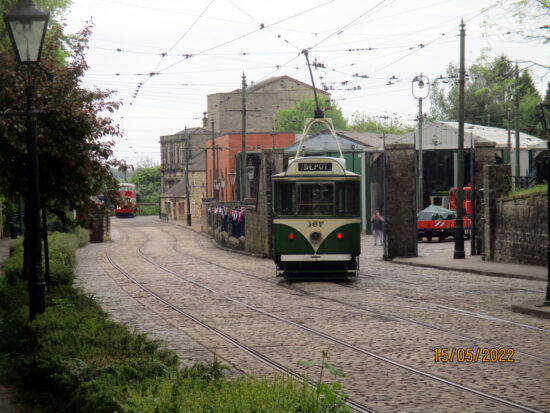 Blackpool 167 heads back into depot. The areas of infrastructure are located on the depot fan and towards The Red Lion on the left. (Both Photographs by Stuart Cooke, 15th May 2022)

3 Responses to ORR confirm they issued prohibition notice on Crich