Around the World in Trams: Stockholm 335

“Around the World in Trams” continues to take a look at the trams in Stockholm in July 2010 today.

Taken on 23rd July 2010 this photo shows ASEA A12 335 when in operation with an unidentified trailer car just as a taxi passes by the adjacent road. 335 was built in 1924 and after an internal transfer within Stockholm in 1968 to run on the remaining outer lines on the once extensive network it remained in service until 2018. At that point it was withdrawn in Stockholm and sent to Malmkoping to the Tramway Museum there and it is part of their operational fleet in 2022. 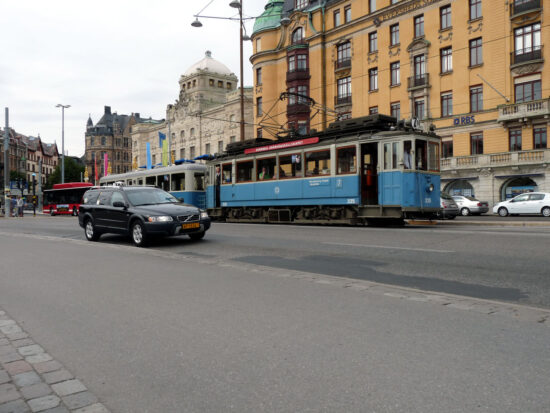