Out and About: A quick view at Balgreen in Edinburgh

Posted on Monday 27 December 2021 by Gareth Prior

“Out and About” today is in Scotland as we take a look at one of the stops along the tramway out towards the Airport – Balgreen. 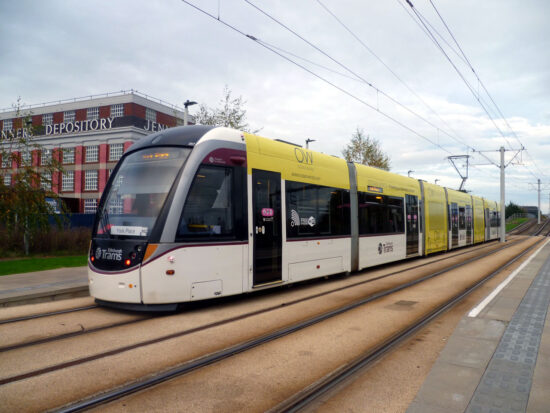 This is 257 which is calling at Balgreen with a working from the Airport to York Place. The tram is in an advertising livery for Ocean Winds which was added to the tram in October 2021. This tramstop is located on the site of the former Balgreen Halt which was opened by the LNER in 1934. It served local trains from the suburb of Corstorphine to Edinburgh Waverley until closure by BR in December 1967. 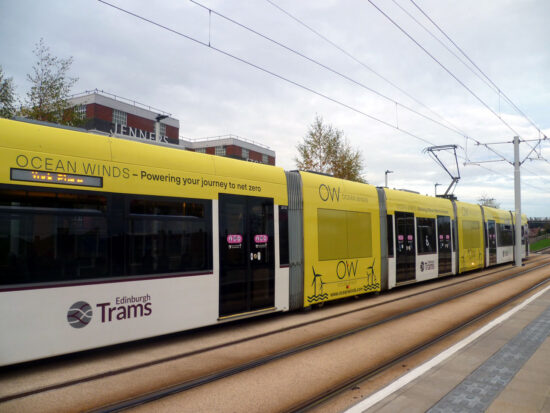 A close-up of some of the detail of the Ocean Winds advert. Behind the photographer are the four Network Rail tracks which carry trains west and north. 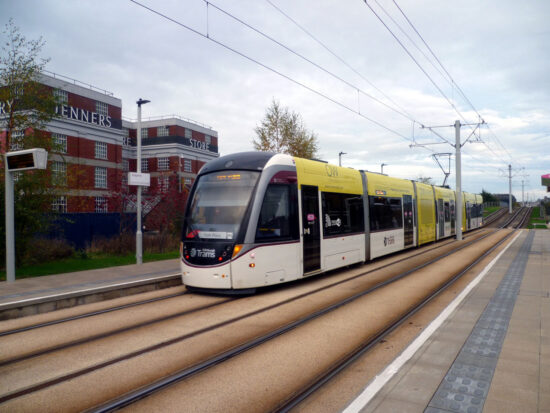 257 is then seen departing from the stop as it continues towards central Edinburgh. To the left is the former Jenners Depository (built 1925) which served the now closed Princes Street department store until it lost its independence to House of Fraser in 2005. The Depository, which is a listed structure, is now used by a local self storage company. (All Photographs by Roy Calderwood, 11th November 2021)