Posted on Tuesday 28 December 2021 by Gareth Prior

This edition of “15 Years Apart” has another modern tram as the focus as we once more head to South Yorkshire for a view of one of the Siemens-Duewag built trams which operate on Supertram.

As with every single tram in the Supertram fleet, 112 has undergone a change of livery (more than once in this case!) in the 15 years between these two images. The first shot shows 112 in the standard white Stagecoach livery (the second main variety featuring the dark blue stripe at the bottom) as it pulls into Cathedral bound for Halfway on 9th June 2006. 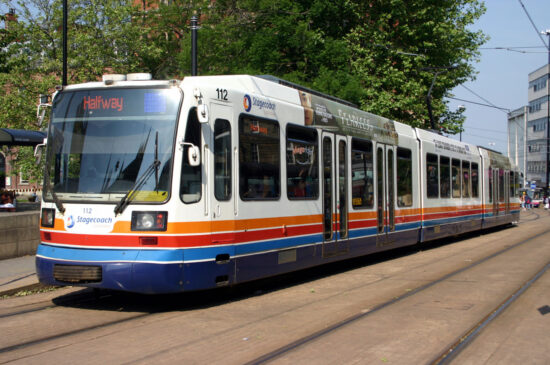 Having carried standard fleet livery throughout its operating career all that changed for 112 in 2021 when it received a special livery which tells everyone of the green credentials of the Supertram network. We see the new livery for the tram as it leaves Sheffield Station/Sheffield Hallam University on 10th September 2021 when working a Purple route service to Cathedral. 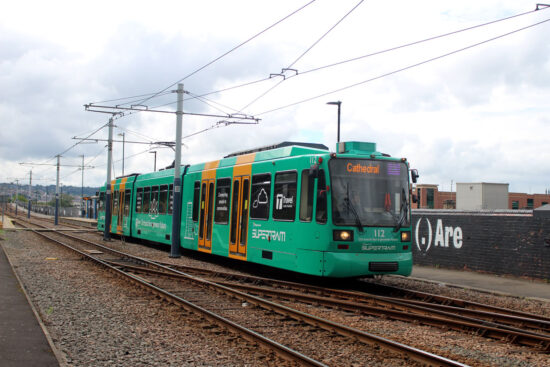