We saw earlier this week that with the return to action of the West Midlands Metro on Wednesday 15th December came the entry into service of not one, not two but three of the newer Urbos 100 trams. As with the existing Urbos3 trams these vehicles were also built by CAF in Zaragoza, Spain but are of a slightly revised – and presumably improved – design with a number of differences both easily and not so easily discernable!

Over the past few months these trams have been undergoing testing and mileage accumulation – much of which took place overnight out of the public eye – to allow them to enter service with the commissioning work seemingly having been accelerated by the high-profile issues with the Urbos3 trams.

There are a further five Urbos 100 trams already in the West Midlands and of these 43 was seen being moved into the workshops at the depot on 15th December whilst 45 has recently been sent out and about on test. 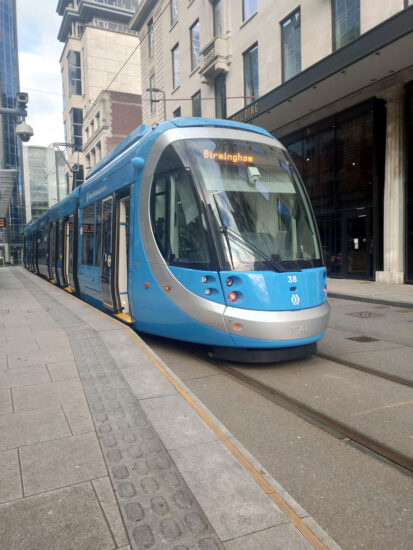 38 at Bull Street – the temporary terminus – on its first day in service. 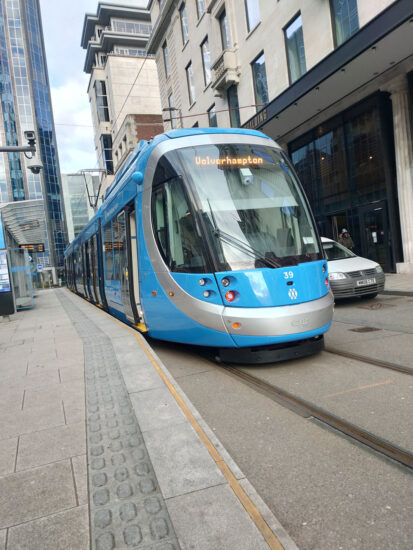 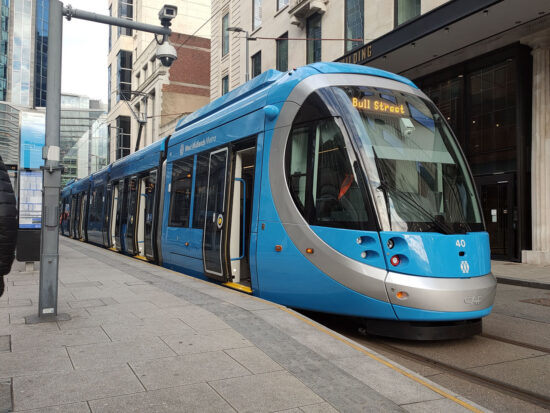 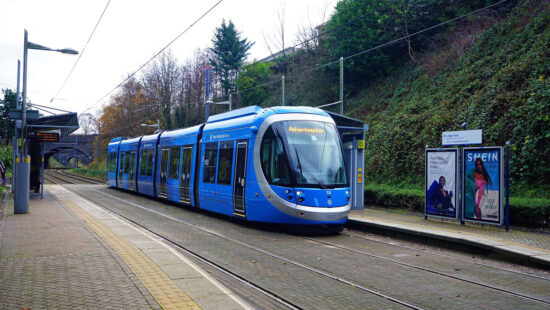 Lodge Road is the location for this shot of 38. 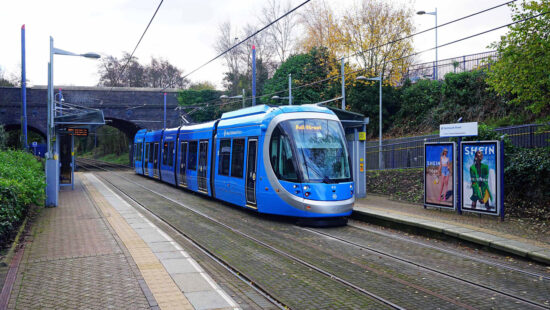 40 pulls into Dartmouth Street on its way to Bull Street.

An interior view of 38 showing the new seating fitted to the trams including different coverings.

The wheelchair area of the new trams.