In Pictures: Single-line working in Blackpool

Posted on Wednesday 1 December 2021 by Gareth Prior

As we’ve mentioned in passing several times over the past week or so, welding work in Blackpool at North Pier has meant that single-line working has been scheduled to take place on the section of tramway between North Pier and Cabin for “up to six days”. In yesterday’s attempt the single-line working was not in place with normal working on this part of the tramway but another attempt to capture it on Wednesday 1st December was more successful as we see in this article. Photos from Tony Armitage.

For northbound trams between North Pier and Cabin there is no change (except the timetable and making sure there isn’t a tram coming in the opposite direction) to operation with them running on the usual track. Its for southbound trams running on the Fleetwood Ferry to Starr Gate where the changes come in to being. They run as normal as far as Cabin (still serving the southbound stop) before they then reverse to use the crossover to the north of the stop to access the northbound track. They then use this track all the way through to North Pier where the crossover just before the southbound stop is used to get back on the right track. Passengers travelling from Cliffs Hotel, Gynn Square, Wilton Parade and Pleasant Street wanting to head south have to board trams at the northbound platform during this working. 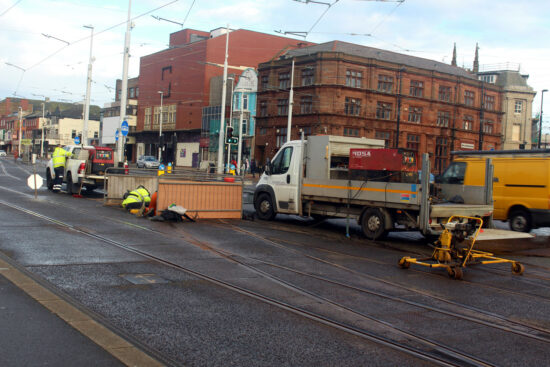 The reason for the single-line working – welding taking place on the points to the Talbot Road extension. This is on the southbound curve. 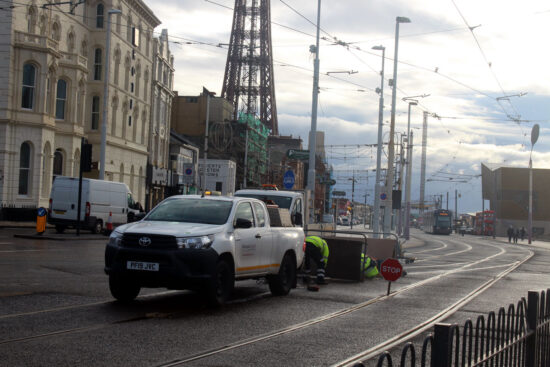 Another view of the welding work – which is being undertaken by the Blackpool Council track gang. A tram for Fleetwood Ferry (with a wedding bus alongside) waits opposite the Wedding Chapel for the single-line ahead to become clear. 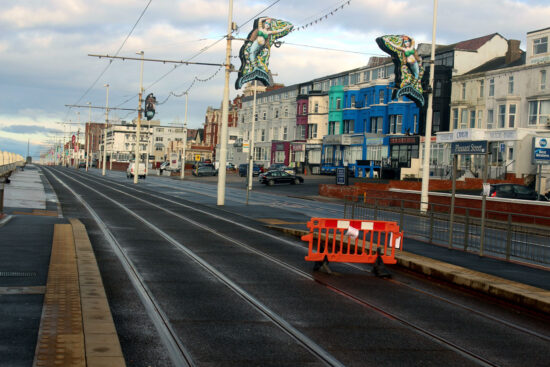 Along the length of the closed southbound line barriers have been placed. This is Pleasant Street. 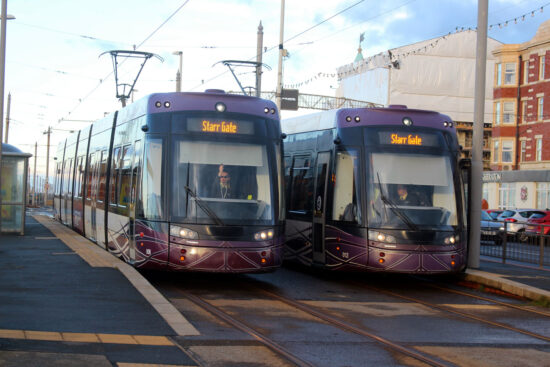 Cabin and two trams bound for Starr Gate on adjacent tracks! 008 at the northbound stop will be the first to embark on its journey with 012 waiting alongside on the usual track. 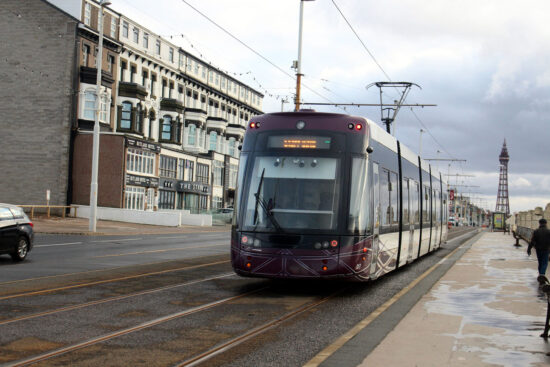 017 approaches Wilton Parade on the wrong track as it continues towards Starr Gate. 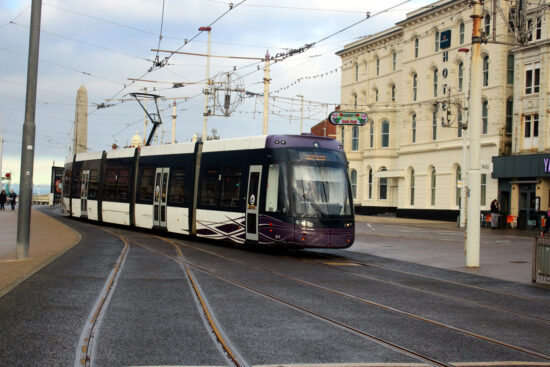 And at North Pier 011 demonstrates the move to regain the correct track. (All Photographs by Tony Armitage, 1st December 2021)