Whatever Happened To? Crich Tramathon 2005 – Sheffield 510

Posted on Monday 27 September 2021 by Gareth Prior

Today’s “Whatever Happened To?” features a tram which has been regularly in the operational fleet at Crich in recent years but at the 2005 Tramathon was confined to a static display role at Wakebridge.

Sheffield 510 is one of the distinctive Roberts Cars built for Sheffield Corporation in 1950 but which would ultimately only have ten years of service before being withdrawn at the closure of the tramway in the city. With the tram only been ten years old at withdrawal it was unsurprisingly one of the earlier trams to run at Crich where it continued to wear the special Last Tram Week livery which had been applied for the closure of the tramway. By the time of our feature event 510 had run in most years at the museum but as mentioned in the introduction did not run during the Tramathon of 2005 with it displayed in the siding at Wakebridge instead.

It wasn’t long after 2005 that 510 would be withdrawn from service – the following year in fact – with the tram suffering a fault with its truck. With the Tramcar Sponsorship Organisation coming to the rescue, 510 entered the workshops in 2012 for a start to be made on this work which would also see its Last Tram Week livery conserved. It returned to service in 2014 and despite a blip when it suffered damage to one end dash it has remained in service for most of the time since. Not commissioned for service in 2020 or 2021 the tram last ran in 2019. 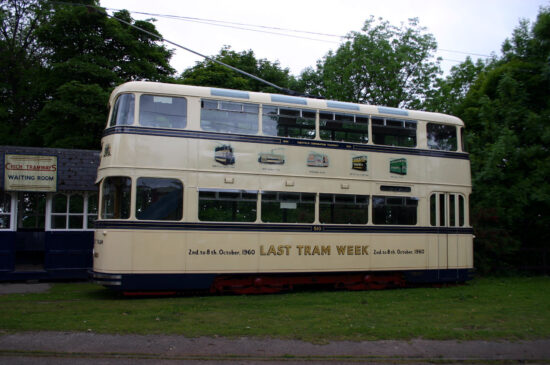 During the 2005 Tramathon and this image shows 510 in the Wakebridge siding showing off its special Last Tram Week livery to good effect. 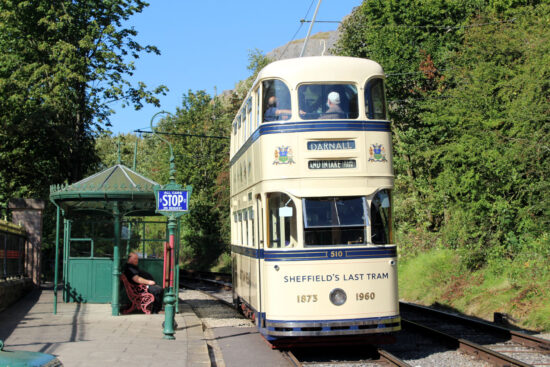 A sunny 21st September 2019 greets us as Sheffield 510 is seen heading north at Victoria Park. (Both Photographs by Gareth Prior)