In Picture: Burton & Ashby 14 in action at the Statfold Barn Railway

The Statfold Barn Railway may be more well known for their extensive collection of steam locomotives, but it is also home to one tram – Burton & Ashby 14. Usually operating on special event days at the railway the tram has its own dedicated line and although there is no overhead – it runs on batteries – it is the newest heritage tramway in the UK. The latest period of operation was over the weekend of 10th and 11th July with an Enthusiast Weekend taking place to celebrate the 150th (plus one!) anniversary of the Quarry Hunslet. Unfortunately, limited volunteer availability meant it was only able to run for an hour in the morning of 10th July but David Mee managed to capture some images of the tram nonetheless. 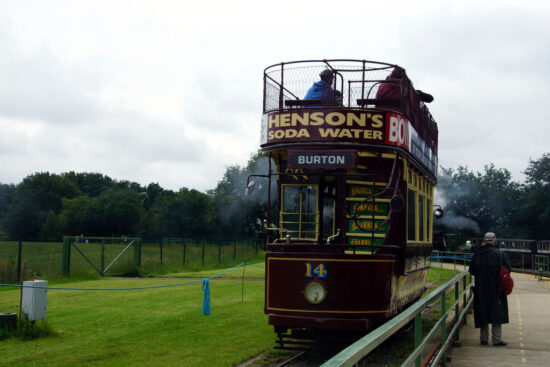 Burton & Ashby 14 stands on the tramway during the Quarry Hunslet 150+1 event. Some of the other lines at the railway are to the right. 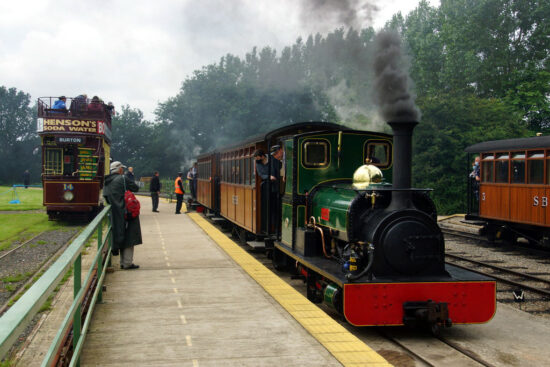 Alongside 14 in this view is Quarry Hunslet Lilla. Built in 1954 the steam locomotive has been based at the Ffestiniog Railway in 1993 and was visiting the railway for the weekend celebration. (Both Photographs by David Mee, 10th July 2021)