In Pictures: Volk’s Electric Railway returns to operation for 2021

Posted on Thursday 3 June 2021 by Gareth Prior

Saturday 29th May was a busy day for heritage lines to resume operation – Blackpool Heritage Tram Tours and Snaefell Mountain Railway both ran their first services this year (and for the Snaefell line it was the first operation since 2019) as did Brighton’s Volk’s Electric Railway. Having last operated on 31st October 2020 the VER had been undergoing training and testing in the lead up to the resumption of public services which has seen two pairs of trains in operation on most days so far.

So far this season two “train sets” seem to have been in operation, both running as doubles – whether that is to aid social distancing or just to give extra capacity we’re not sure though! The sets seen in operation have been 6+10 and 7+8. And so it was on 1st June when the below photos were taken with those two sets in operation.

As with the part season operated in 2020, trains will be running with Covid-19 restrictions in place until such a time as its decided they won’t be needed. Services will be be running seven days a week for the season but operating hours are different depending on the day of the week. On Mondays and Thursdays trains run from 1130 to 1715, Tuesdays, Wednesdays and Fridays see services from 1030 to 1715 with Saturdays and Sundays being 1030 to 1815. As the line is located right on the seafront it is weather dependent and in poor weather conditions no services will run. 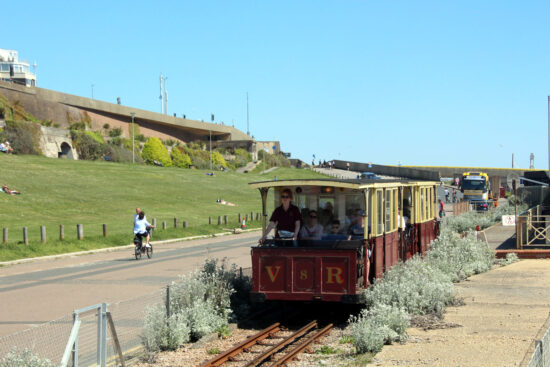 It looks just like the weather for a trip to the seaside and it seems lots of others agree with a healthy load of passengers on board 8+7 having just left Black Rock. 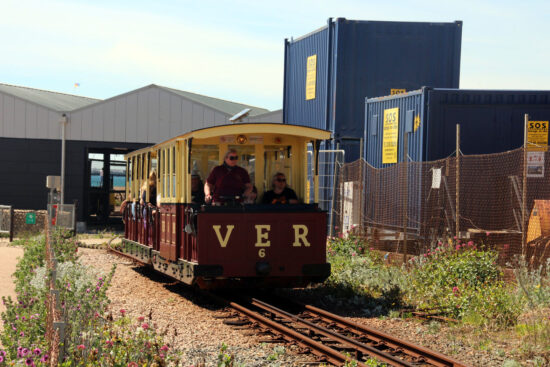 6 & 10 have just run through the cars sheds with a service from Aquarium to Black Rock/Marina. 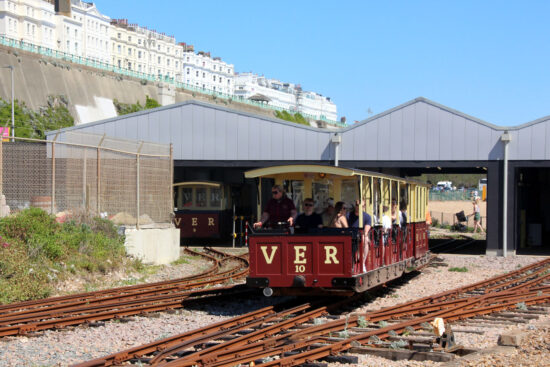 10 & 6 have just run through the car sheds approach the half way stop at Halfway/Peter Pans Playground with a service from Black Rock/Marina to Aquarium. Car 9 can be seen in the sheds. 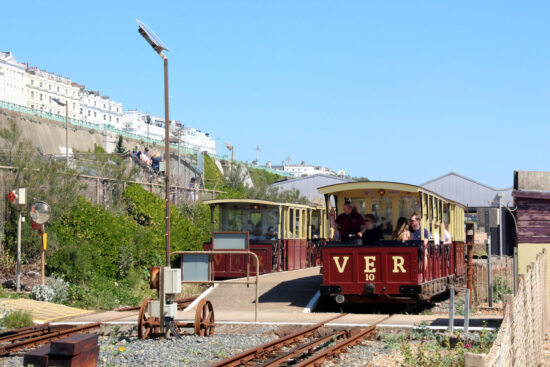 10 & 6 stand at Halfway/Peter Pans Playground with a service from Black Rock/Marina to Aquarium. On the other side of the platform car 8 can be seen at the rear of a service in the opposite direction. 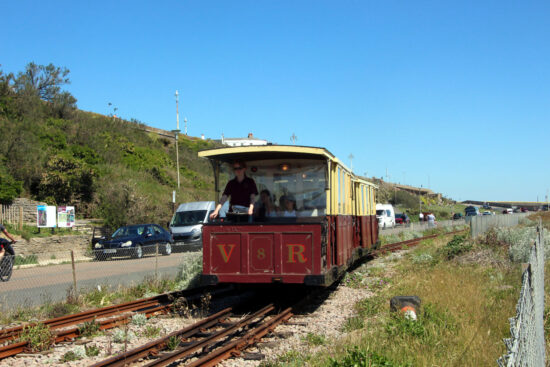 8 & 7 runs through the passing loop between Black Rock/Marina and Halfway/Peter Pans Playground with a service heading westwards to Aquarium. 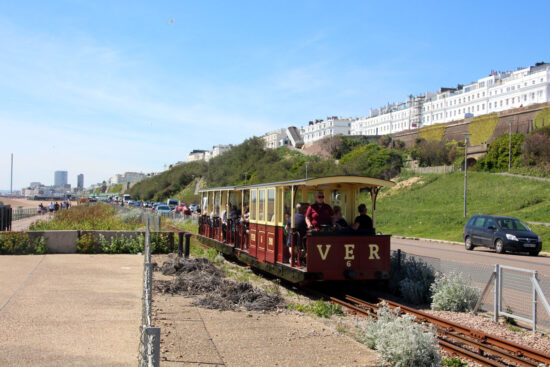 6 & 10 approach Black Rock/Marina with a service from Aquarium. (All Photographs by Tony Sullivan, 1st June 2021)