Posted on Saturday 3 April 2021 by Gareth Prior

“Lockdown Walks” is heading off to Sheffield again in this edition as we take a look at another tram running on the Supertram network.

One of the original fleet of trams constructed in Dusseldorf, Germany by Siemens-Duewag, 104, arrived at the newly built Nunnery Square Depot in September 1993 – the second of the trams to be delivered to South Yorkshire. Entering service when the system started to open in stages from 1994 it has remained operational ever since! 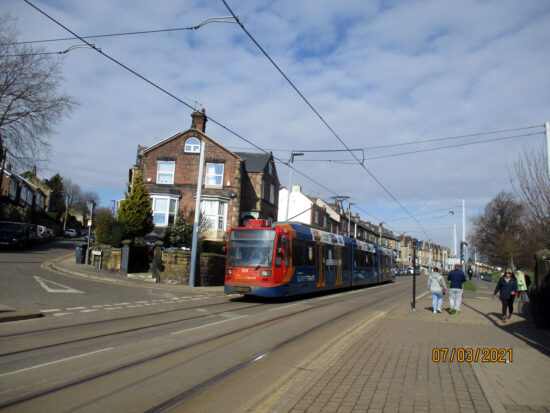 In this first of two images of 104 we see 104 heading away from the camera as it operates a service for Middlewood on the Yellow route. It is on Middlewood Road and has just passed the junction with Minto Road. The next tram stop will be Leppings Road. 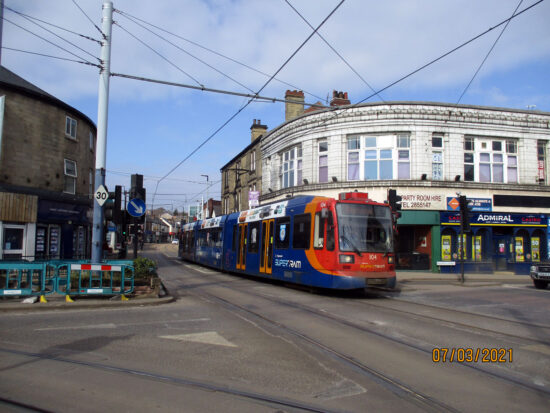 A little bit later and 104 has been to Middlewood and is now returning to Meadowhall as it approaches the junction at Hillsborough Corner between the Yellow and Blue routes (the tracks to Malin Bridge just seen on the left of this image). (Both Photographs by Stuart Cooke, 7th March 2021)