Its again down to Seaton for this latest edition of “Picture in Time”.

This time around we feature the unique designed no. 2 which was originally built in 1964 and initially operated in Eastbourne. Unlike many of the trams in the fleet 2 has remained in the same style – indeed same colours – throughout its life with the only change of note being the regauging when moved across to Seaton. It includes many features of trams which once ran in London for Metropolitan Electric Tramways and London United Tramways.

The below photo shows 2 in June 1984 arriving at Colyton. 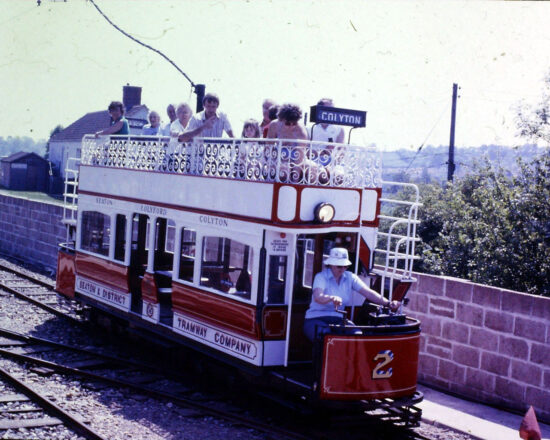