Posted on Saturday 13 March 2021 by Gareth Prior

The good news about trams owned by the Fylde Transport Trust just keeps coming! Hot on the heels of the news about a repaint for Brush Car 634 and the continued work on Railcoach 279 comes confirmation that Coronation Car 304 has now been moved into the Electrical Compound for a start to be made on its recommissioning.

Last having run in service at Beamish in 2013, the project to return 304 to service saw it undergo some tests in 2018 which identified some work which was required to get the tram back on the rails full-time. In 2020 the air compressor and door rams were overhauled and now further work will be taking place at Blackpool Transport’s Rigby Road Depot.

304 was moved into the Electrical Compound over the first weekend of March – with the overhead crew moving the tram with other engineering staff remaining furloughed – and now a full recommissioning will take place.

The FTT have contracted JRW Developments (who also rewired Railcoach 279) to help with the full servicing of the control equipment and adding extra safety features for emergency brake operation.

This is the next stage in returning the tram to the tracks and hopefully it won’t be too long before another part of the Blackpool Tramway’s history is back out on the tracks. 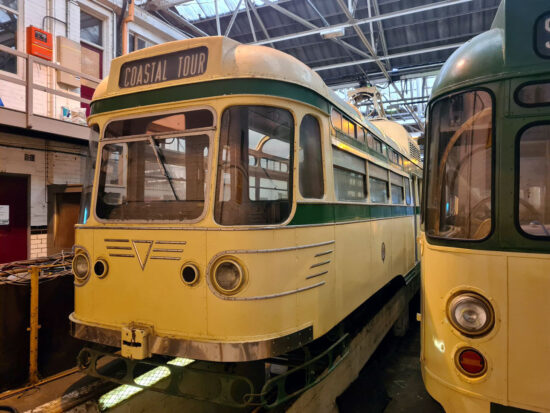 304 sits in the Electrical Compound at the start of its commisioning. 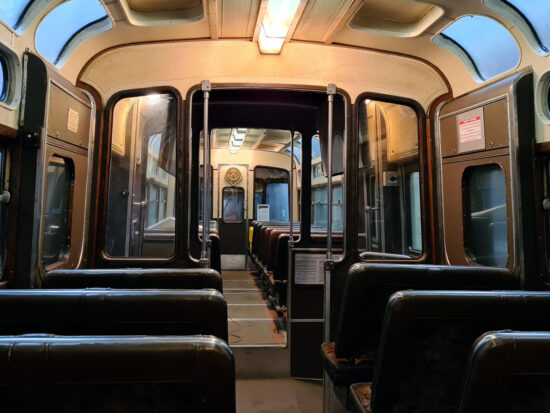 The interior of 304. (Both Photographs courtesy of Fylde Transport Trust)