Posted on Tuesday 5 January 2021 by Gareth Prior

The snow which hit the UK at the end of December also affected Sheffield, although with the differing altitudes that the Supertram system serves it was very much a mixed picture as to how much snow there was on the ground! The city centre was mostly clear with just a light dusting which soon disappeared but in some other areas – such as out at Herdings Park – there was much more allowing the “Christmas card” type views as seen in the below images. Bob Hayes provides us with these photos from 29th December 2020.

As is often the case in Sheffield when snow falls there is some disruption to the service – but it isn’t because the trams can’t run in it but more than other vehicles on the road can’t! This time services to Herdings Park and Halfway had to be suspended with other road vehicles blocking the tracks on Ridgeway Road. 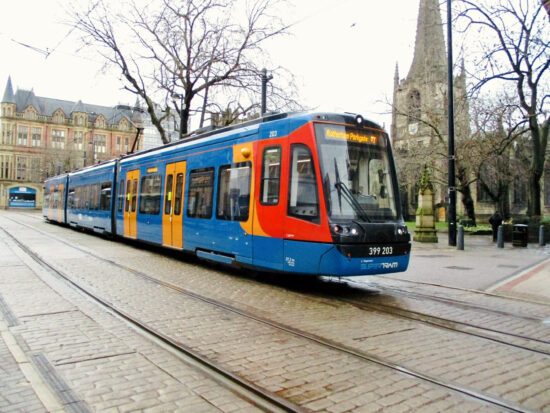 In the city centre at Cathedral where there was very little sign of the earlier light dusting of snow. 399 203 stands at the stop before heading off with the twice hourly tram-train service to Rotherham Parkgate. 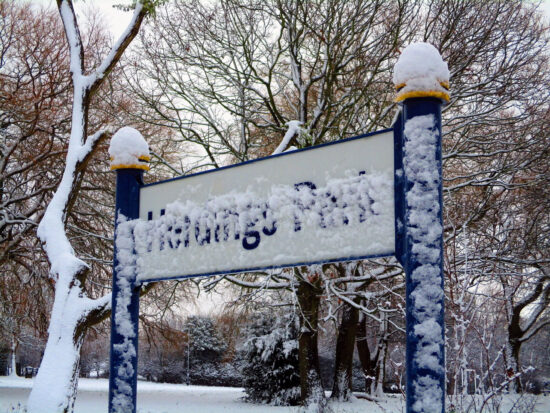 A much snowier scene up at Herdings Park. 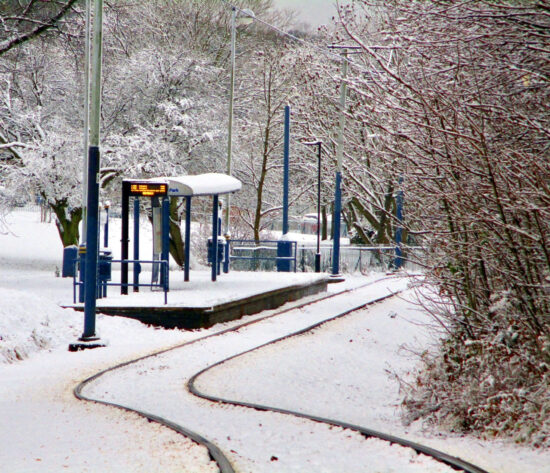 The Herdings Park stop with plenty of snow on the ground. 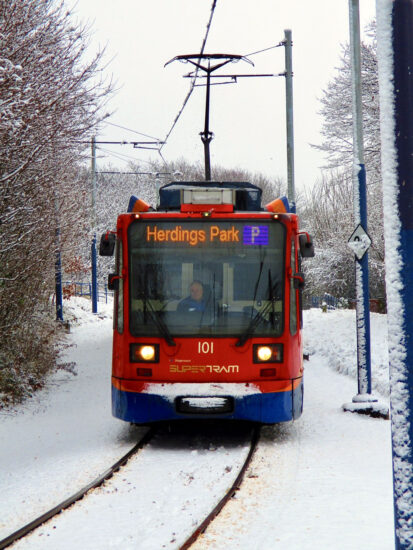 101 arrives at Herdings Park. The bright red and blue livery stands out against the snow nicely. 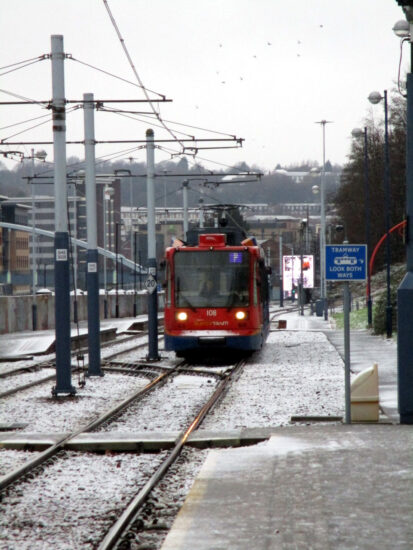 A very light dusting of snow remains on the ground here alongside Sheffield Station. 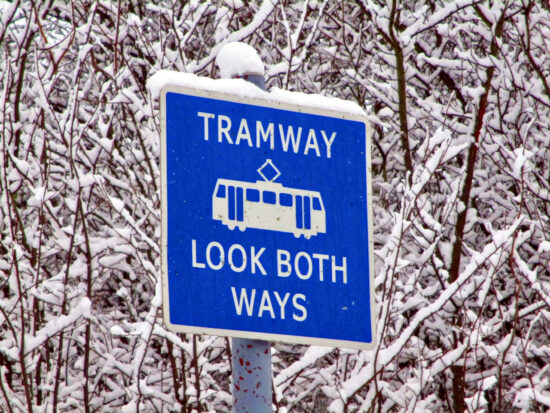 More snow. This time lying on top of the warning sign. (All Photographs by Bob Hayes, 29th December 2020)