Centenary 642 had already gone through its rebuild by 2005 which had seen its original shape changed in favour of the style seen in the below photo. In rebuilds disliked by most enthusiasts it had the advantage of naturally inbuilt roof advert boards which at a time when it was very rare for Centenary Cars to be in anything but all over adverts was very handy! On 6th September 2005 we see 642 on North Albert Street as it approaches the end of its journey in Fleetwood (even though the destination blind suggests otherwise). The advert is one of many different styles for Mecca Bingo. 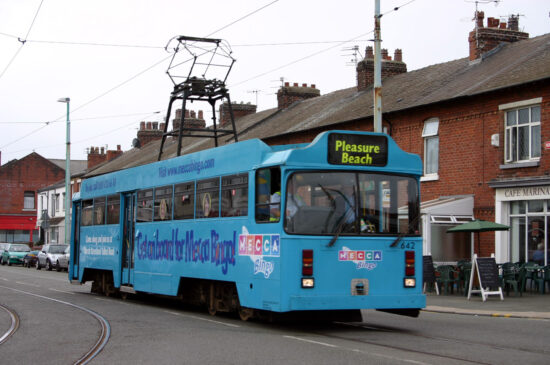 Then on 27th September 2020 and 642 is now part of the Heritage Fleet in Blackpool and can now be found in this advert recreation for the Travelcard. With green and cream ends and adverts on the side the tram is making its way to Pleasure Beach as it passes South Pier for the 135th anniversary Cavalcade. 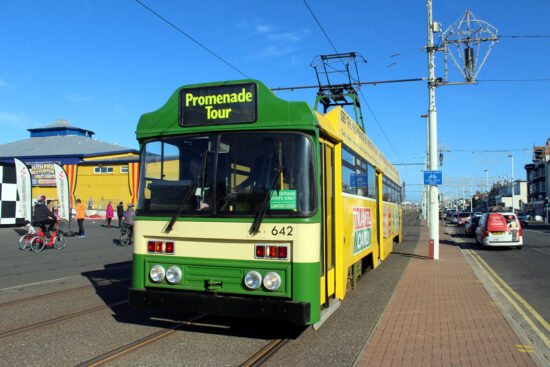