Posted on Monday 7 December 2020 by Gareth Prior

Edinburgh Trams services managed to resume from 0700 on Monday 7th December having suffered a couple of days disruption caused by severe flooding on two sections of the network. The flooding was first reported on Saturday 5th December after two nights of very heavy rain and despite engineers working around the clock it wasn’t possible for services to fully resume for 48 hours.

The two locations where flooding was seen was at Edinburgh Airport and in the section between Gyle Centre and Edinburgh Gateway – both locations which have suffered with flooding in the past. The flood waters at the Airport subsided first but it was those close to Edinburgh Gateway which caused more problems. It didn’t help that there was nowhere to pump the water as nearby areas were also flooded.

During the flooding Edinburgh Trams services were only able to run between York Place and Edinburgh Park with any passengers wishing to travel further afield advised to use Lothian Buses with ticket acceptance in place. 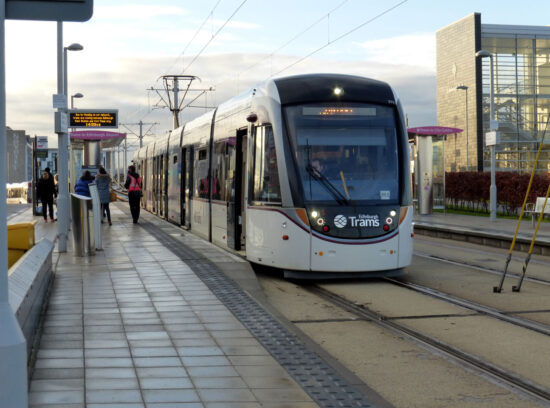 Edinburgh Park Station became a temporary terminus over the weekend and in this image we see 275 waiting to depart from the wrong platform back to York Place. 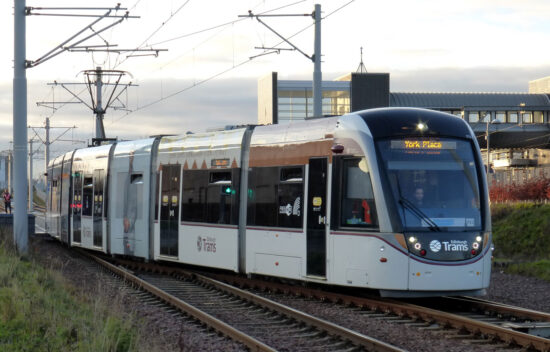 272 uses the crossover at Edinburgh Park Station as it departs from the stop back to York Place. 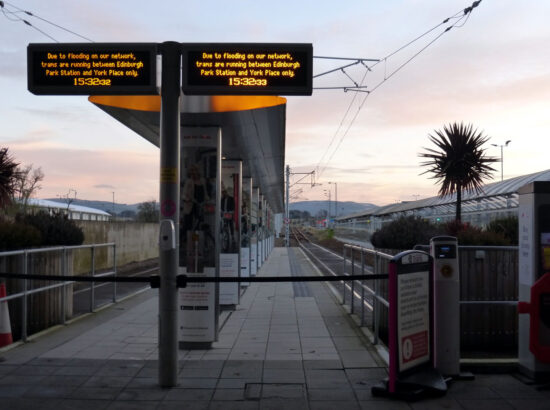 The scene at the Airport where even though the flood water had subsided at the time of this photo was still closed to trams. 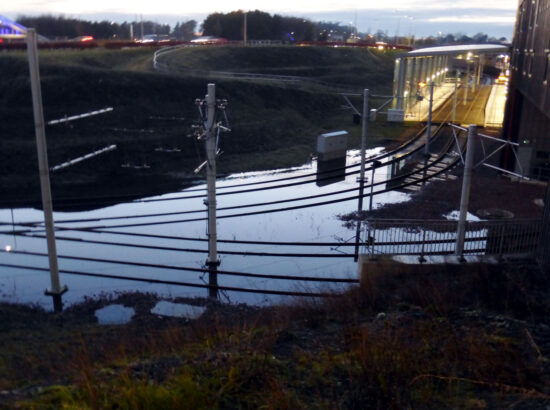 Edinburgh Gateway where flood water still stands on the tracks. This is after some of it had been pumped away with the worst of the flooding having been the previous day. (All Photographs by John Hampton, 6th December 2020)