Its another trip to Blackpool for this instalment of “15 Years Apart” and we again see a tram which has changed during that period.

Over the past 15 years the Blackpool Tramway have had three operational illuminated cars with the smallest capacity of these being the Illuminated Trawler – it is also the one which has changed the most during this period having gone through the works to receive new LED lighting replacing its original bulbs. In the first image we see the tram when numbered 633 standing on the centre track at North Pier waiting for the off with a tour which will head north to Little Bispham and then back to Pleasure Beach before terminating again at North Pier. The lights are ablaze but there is still that small bit of light in the sky. This was 7th September 2005. 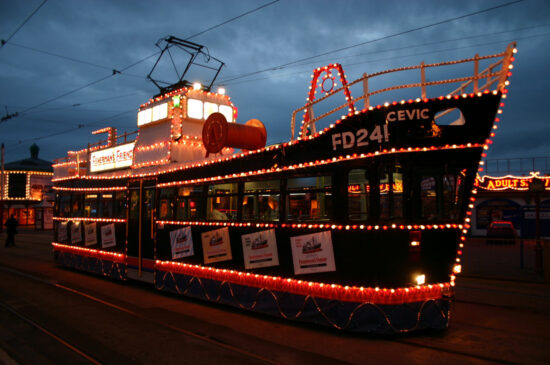 15 years later on 26th September 2020 and a photo was doesn’t show the now renumbered 737 at its best! Whilst it has now been fitted with LEDs, on this night they failed on its departure from depot and so it was out on the Prom with just a few external illuminations alight. It is seen just climbing from Gynn Square with a northbound illumination tour. 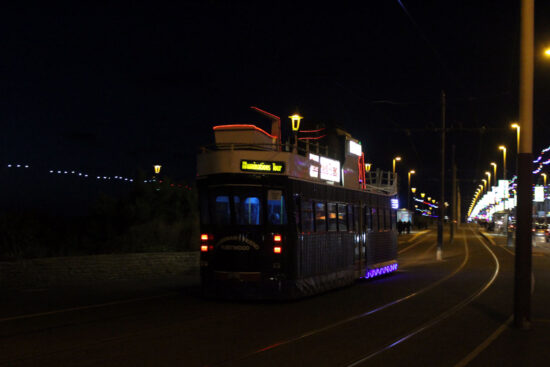