It’s that time again! Tram of the Year is back!

Posted on Sunday 15 November 2020 by Gareth Prior

We don’t know if you’ve noticed but 2020 has been anything but normal with a long period where barely anything tram related happened. Despite this, and after much consideration, we have decided that the British Trams Online Tram of the Year will still take place (with our aim of trying to find any positivity we can!) and today marks the launch of the 2020 contest – so its time to get your thinking caps on as to what should make the final shortlists.

We have increased the nomination period to two weeks this year as it may take you a little while longer to think of anything which could be nominated with all nominations needed by Saturday 28th November 2020. As a reminder anything which happened between 1st December 2019 and 30th November 2020 qualifies so there is a good three and a bit month period before everything stopped and we also have that time after initial lockdown where some normality resumed. Whilst we are accepting nominations for all of the below categories we won’t make the final decision as to whether each category will be voted on until the end of the nomination period (it could be that no-one feels anything deserves to be on the shortlist!). The one big change this year is that we will consider virtual/online events for the Event of the Year.

So, with that in mind let’s take a look at the four categories we are seeking nominations for:

The original “award” – the Traditional Tram of the Year – is possibly going to be the most difficult to think of a nomination for as most of those trams that you have may predicted at the start of 2020 as likely to be in the running have seen delays to their return to service because of the all consuming pandemic. But despite that there may have been some traditional trams which you think have done something special over the past 12 months – as always its up to you what something special is but when nominating please give the reason why as it may not be obvious (more so than ever in 2020!)

With most operating systems in the British Isles (as opposed to museum/heritage lines) having run throughout the pandemic (albeit with reduced services in most cases) there have still been some notable achievements by trams. But is there anything which has caught your eye? In the past nominees have clocked up an impressive million km in service, received new adverts and started a new service – but what has been involved in that something special over 2020? It’s up to you!

Another tricky category (although let’s be honest they’re all pretty tricky!) as we look for Tramway of the Year. With every single operating system and museum/heritage line being affected in some way (ranging from no services whatsoever to restricted services) there possibly hasn’t been a standout but there have still been some who have achieved great things during 2020. Did any tramway stand out for you? If so please let us know with those all important reasons – don’t forget its any tramway either heritage or modern.

Whilst all the events we were expecting to happen either didn’t take place at all or were in a vastly different format, there have still been some special events during 2020. For the first (and hopefully only!) time we will also be allowing nominations for virtual/online events which helped us to get through those grim lockdown times. Any event which took place can be nominated – but did anything stand out for you in 2020?

Those are the categories, so how do you nominate? You can either leave a comment below, drop an email to gareth@britishtramsonline.co.uk or comment on our Facebook page.

If you want to know more about the contest please visit the dedicated Tram of the Year page at http://www.britishtramsonline.co.uk/tramofyear.html. 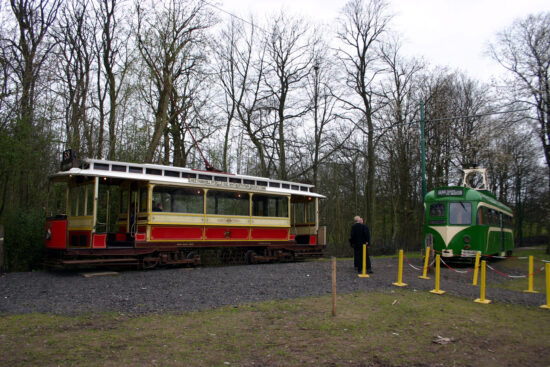 Last year’s Tramway of the Year went to the Heaton Park Tramway in Manchester after they came through the theft of a section of overhead wire stronger than ever. This photo shows Manchester 765 and Blackpool 623 at Lakeside on 8th April 2012. (Photograph by Gareth Prior)

3 Responses to It’s that time again! Tram of the Year is back!