Posted on Thursday 26 November 2020 by Gareth Prior

With the upgraded Blackpool Tramway now having been running for over eight years – and much of the infrastructure having been in place before then – there are certain aspects which have been starting to look tired, especially as a result of the harsh coastal environment. One of the oft criticised parts which has required attention is the various tramstops but it could be that this is now underway with a new seat having recently been installed on the southbound platform at Manchester Square. 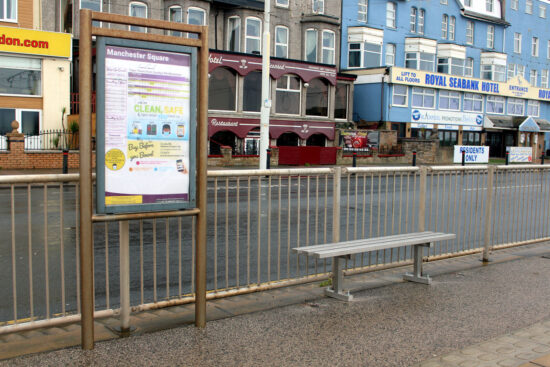 The new seat here at Manchester Square to a slightly different design to that which went before. (Photograph by Tony Armitage, 8th November 2020)