Posted on Monday 19 October 2020 by Gareth Prior

We’re off to Blackpool in 2007 again for this archive image as “Picture in Time” continues.

A tram which has been in the news recently for returning to service in green and cream for Heritage Tram Tours back in 2007, 707 was in this black based all over advert for Coral Island – an advert which had been applied two years earlier in 2005 and would remain in place for another 12 months before being replaced by another design for the same place. By this time 707 had already been rebuilt into this flat fronted style – one of four trams to receive this rebuild and this was the first with the work taking five years between withdrawal and re-entry. Returning to action in 1998, 707 would wear green and cream until it received this advert which featured vinyls including the dreaded contravision on most of the windows. After losing this advert another similar ad for the same sponsor followed which would remain in place all the way up until it went green and cream again in 2019.

In this image we see 707 standing on Bold Street having just terminated with a service from Starr Gate as passengers disembark. It can probably easily be forgotten now we are so used to not having to get off trams here that up until the upgrade that is exactly what happened! 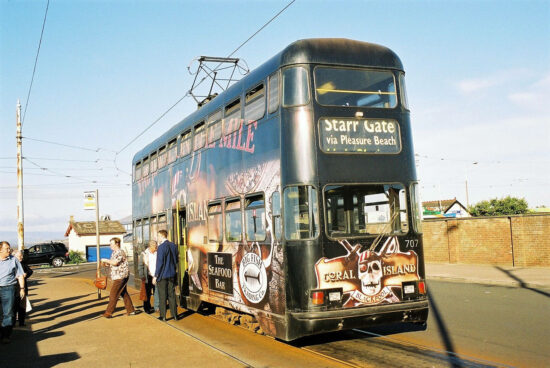 A few moments later and 707 has moved round to the loading stop on the Esplanade with the blinds all set for its return trip. 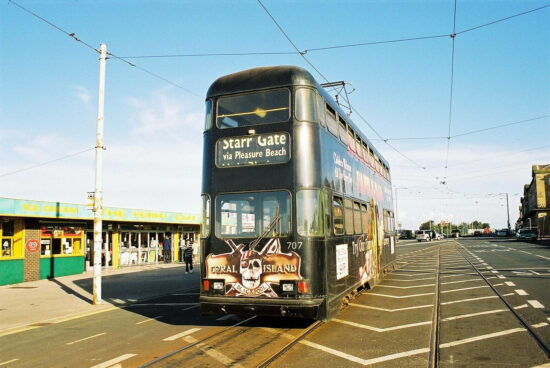