Posted on Tuesday 6 October 2020 by Gareth Prior

Today “Still Standing!” is on the way to the northeast as we take a look at a surviving tram depot of the Sunderland District Electric Tramways.

The building on Philadelphia Lane was opened as a tram depot on 10th June 1905 by the Sunderland District Electric Tramways Ltd with 6 tracks provided in the main shed along with a works section. It was subsequently extended in 1920 but five years later on 12th July 1925 it was closed as a tram depot for the last time. It was transferred to bus operation following the departure of the last tram and remained in use as a bus depot for many years. It has now passed into industrial use with the current business utilising the building being K B Tyres. The address of the building remains “Old Bus Depot”. 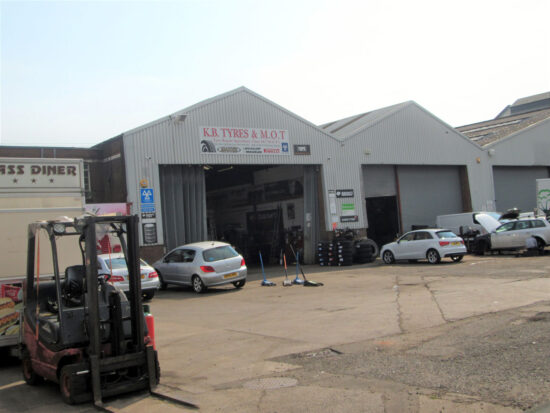 The corrugated sheeting construction from when it was built as a tram depot is still in evidence in this view of the building now in use with KB Tyres. (Photograph by Gordon Bulmer, 11th August 2020)