Posted on Monday 5 October 2020 by Gareth Prior

It may be three years away (if everything goes according to plan) but good progress continues to be made at various locations on the route of the Trams to Newhaven project in Edinburgh with the “one spade” process seeing all work in one area taking place in one closure. In this latest pictorial look at what is going on we head to Ocean Terminal an initial base has been put down in preparation for the track base and then track. John Hampton with the images.

Excellent progress has been able to be made around Ocean Terminal as the utilities were diverted as part of the original tramway construction project before the decision was made to concentrate on just the York Place to Edinburgh Airport section. This has meant that the time consuming digging up of the road, moving the utilities, then finding there are more utilities to move than they knew about has been avoided. Some general tidying up of the area has been required and new drainage has been installed in the centre of the road. 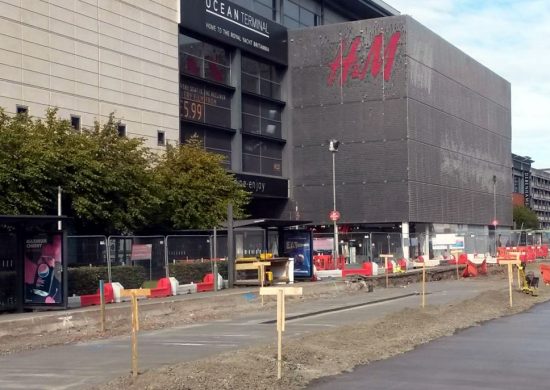 Outside the Ocean Terminal shopping centre where the base concrete skim is now down. 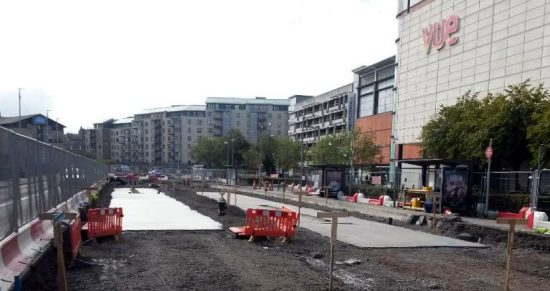 Another look at the base concrete skim at Ocean Terminal. As can be seen in this view further sections of the base need to be laid before further layers and the track can be added. (Both Photographs by John Hampton, 24th September 2020)