In Pictures: Progress continues on the painting of Lowestoft 14

Posted on Monday 28 September 2020 by Gareth Prior

We reported a little while ago that preparations were being made for the painting of Lowestoft 14 at the East Anglia Transport Museum and since then further progress has been on the paintwork.

As we saw previously preparations were being made to put the glossy top coat on and with these completed in mid-September attention could be turned to putting on the paint. As seen in the below image both the end dash panel on the lower deck as well as the same part of the upper deck have been treated so far. In addition the stairs have enjoyed a coat of the maroon paint. 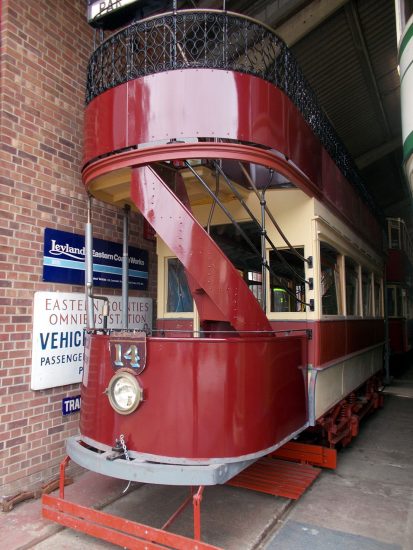 With Blackpool 159 to the right and London Transport 1858 behind, Lowestoft 14 is enjoying some attention with the latest paint application on the ends seen here. (Photograph by Tim Major, 23rd September 2020)