Posted on Sunday 20 September 2020 by Gareth Prior

In this latest edition of our series looking at trams operating in 2020 we are again in Manchester with the first in a series of images taken on the Trafford Park extension.

As we’ve reported on this website over the past few months the Trafford Park extension of Manchester Metrolink opened to the public on 22nd March 2020 – just as the UK was shutting down for the initial lockdown period. As timings for the opening of a new line go it could probably be argued that this was the worst of all time with services beginning just as the public were told not to travel on public transport unless it was absolutely essential. But open it did and it has run every day since with several different timetables in operation since as frequencies decreased and then increased again. With the owners of the Trafford Centre, intu, also going into administration it would be fair to say the line hasn’t had the smoothest of first few months! 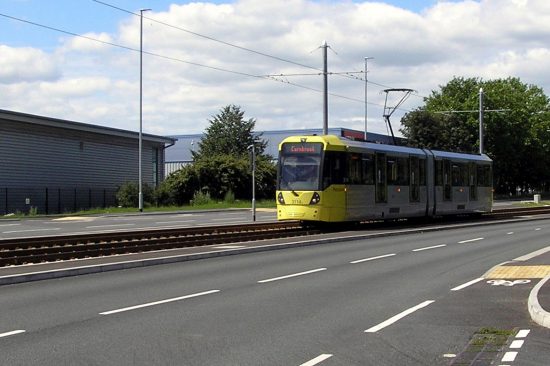 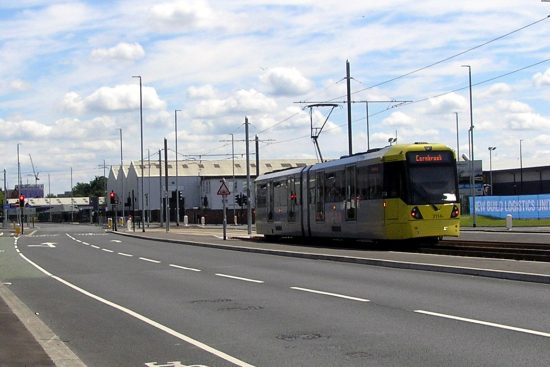