Posted on Monday 7 September 2020 by Gareth Prior

In this latest edition of “Picture in Time” we are again heading to Blackpool, well, Fleetwood actually but you get the idea, for an archive image showing the tramway as it once was.

This fascinating, but undated photo shows Brush Car 634 standing at Fleetwood Ferry when in the Half Green/Half Cream livery complete with orange trolley tower. This simplified livery style was seen on many trams in the fleet during the late 1960s/1970s period and although quite as stylish as the original swooping lines of livery once carried still has its many fans. A similar style return to the Blackpool Tramways on Twin Car 675+685 during its last overhaul a few years ago. Back to this shot and 634 is blinded for Manchester Square and an expected return to depot. In the background it would appear that a crew member is striding purposefully back to the tram which suggests departure may be imminent. 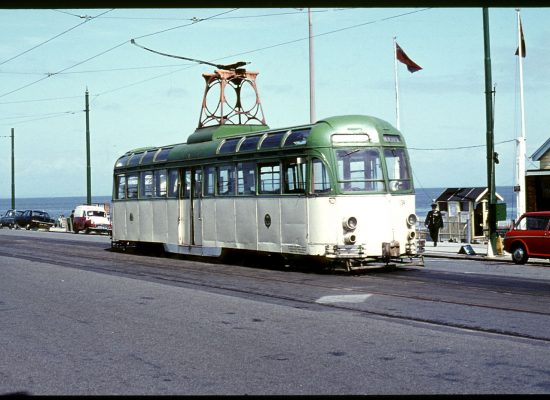