Posted on Saturday 5 September 2020 by Gareth Prior

As expected Sunday 30th August saw the opening of the new interchange at Ashton-under-Lyne. This new multi-million pound facility now provides a seamless interchange between Manchester Metrolink and local bus services with plenty of covered accommodation for passengers as they wait to continue their journeys. In this pictorial article we take a look at the new facility on its first day in use. 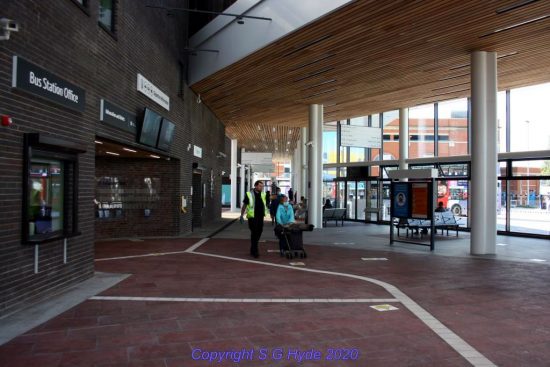 This is a view of the interior of the new Interchange building with bus stands visible to the right, another bank of stands are placed over to the left and a number of satellite shelters are grouped around the tram stop. 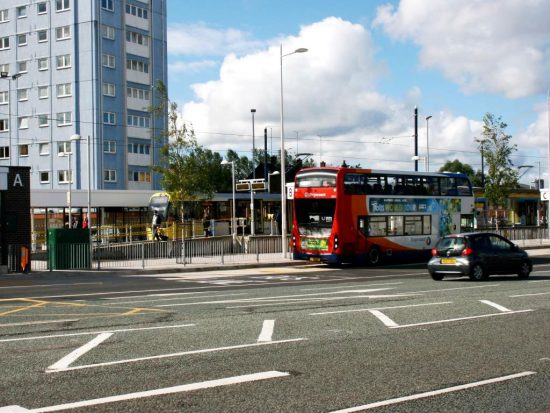 A view taken from across Wellington Road shows a bus standing at one of the satellite shelters at Stand B waiting to depart on route 216 to Manchester paralleling the much of the route the tram seen alongside it will take. 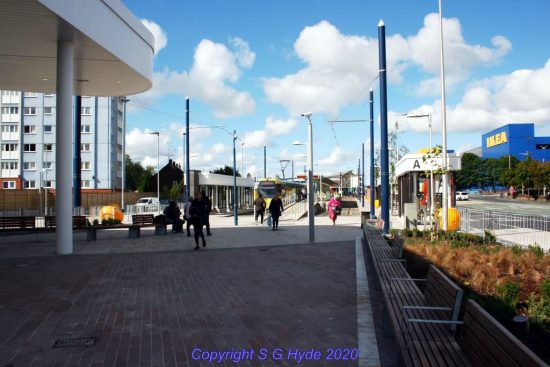 This shot taken from outside the main entrance to the Interchange building shows how the satellite shelter bus stands are grouped around the tram terminus A double unit with 3078 at the nearest end is awaiting departure to Eccles via MediaCityUK. 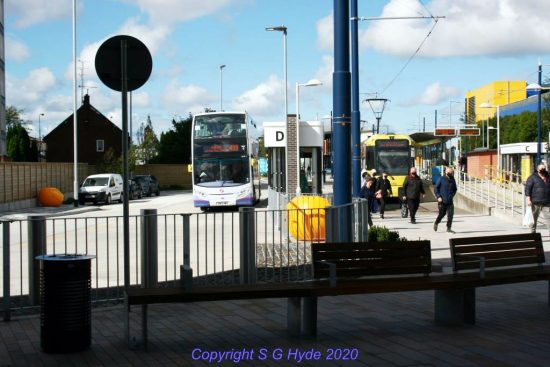 In this photograph a First Manchester Enviro 400 on route 409 from Rochdale via Oldham is seen passing the trams top where 3078 awaits its departure. 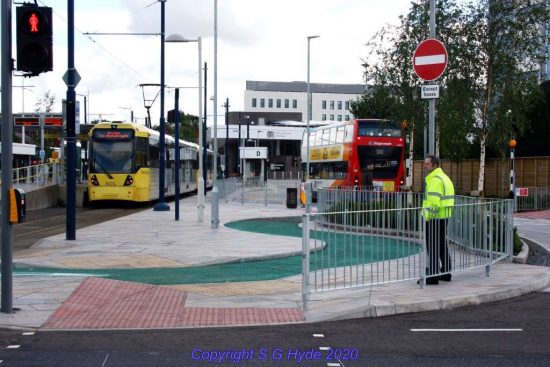 At the western end of the Interchange on Oldham Road 3023 and 3021 have just arrived from Eccles as a Stagecoach Manchester Enviro 400 bus waits at its stand ready to depart on route 219 to Stalybridge. (All Photographs by Steve Hyde, 30th August 2020)