We are back with another archive photo from Blackpool as “Picture in Time” continues. This time we are heading to back to 1970 for a view of prototype 700.

This photo was taken during the summer of 1970 and is in the centre of Fleetwood as 700 has just started a full length journey through to Starr Gate. Of course, 700 was the prototype double decker we have come to know as the Balloon Cars, with this particular example originally being an open topper until enclosed during the Second World War. Just two years previous to this photo it had been renumbered from 237 when the entire Blackpool tram fleet was numbered into the series we are now very familiar with.

The tram is carrying a gold fleet number just below the driver’s windscreen and is in the 1970s version of fleet livery. The destination blinds are the familiar pencil type but in this instance haven’t quite been wound to the centre although it is still obvious to any unsuspecting traveller just where the tram will end up. 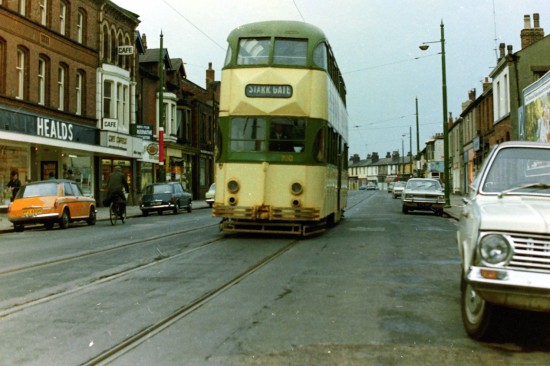