Whatever Happened To? Blackpool Centenary 646

Of all the trams which featured in service over the final weekend of traditional tramway in Blackpool, just one has been subsequently scrapped and it that tram that we feature today.

Centenary 646 would feature in service on both Saturday 5th and Sunday 6th November 2011. On the Saturday it was on the longer Pleasure Beach to Little Bispham run with the last day seeing is working on the service between Pleasure Beach and North Pier/Cabin. It was back in depot by 1545 bringing an end to its operating career.

As with 644, the long-term sponsor of 646 would go-on to acquire the tram following the offer of the redundant trams, with the purchase made on behalf of the Fleetwood Heritage Leisure Trust’s future plans. It was moved to the Car Park of Paul Gaunt Furniture but it was vandalised whilst there, including attempts to set it alight, and the decision was taken to dispose of the body with it departing for scrapping during the latter half of 2012. 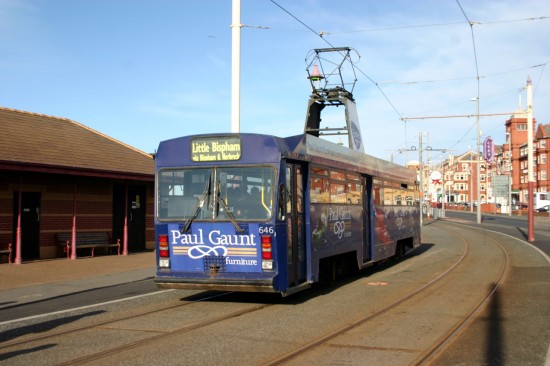 It’s the penultimate day of operation for 646 in this image as it passes Gynn Square northbound for Little Bispham on 5th November 2011. 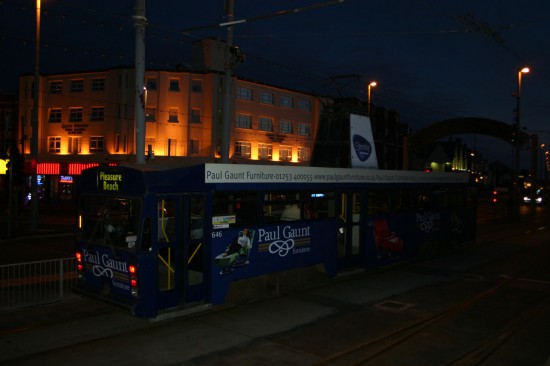 Obviously, we don’t have a recent photo of 646 so here is a second image on 5th November 2011 showing the tram at Bispham as it works through to Pleasure Beach. (Both Photographs by Gareth Prior)