Previously on British Trams Online we have featured various pub signs which have included trams as part of their image but it isn’t only pubs which have used the humble tram over the years. In this article we take a look at some signage around Edinburgh which has seen everything from a London tram to a modern Edinburgh vehicle used! 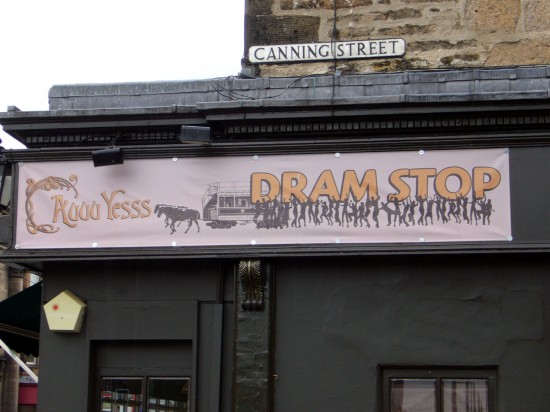 Whilst located on the side of a pub this sign isn’t strictly a pub sign as it is just a banner with the “witty” line “Dram Stop”. The image of a tram would appear to be an Edinburgh Cable Tram being hauled by two horses! It is on the side of the Aubar pub in Shandwick Place and is only a few metres away from the West End tramstop. 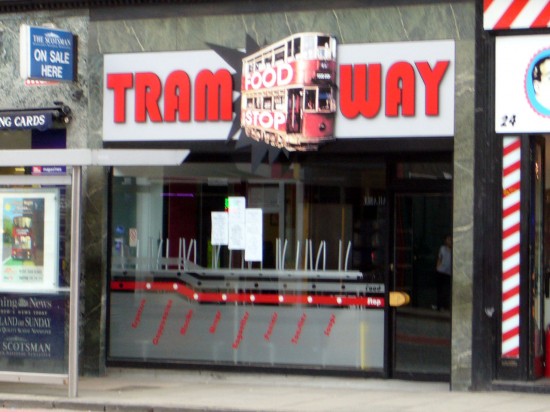 This was a café which opened on West Maitland Street during the early years of the tram construction – “Tramway Food Stop”. The tram seems to be a long way from home as it looks as if it is a London E class car! The café wasn’t to the see the tramway run as it closed before this happened. 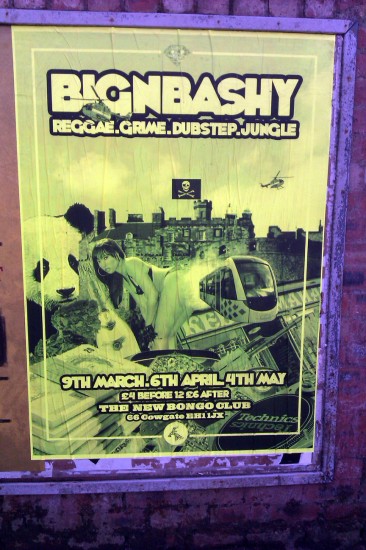 A modern Edinburgh tram – presumably the mock-up or an artists impression as it features the harlequin livery – also made it on to publicity for the New Bongo Club and their Bignbashy nights. (All Photographs by John Hampton)