We are off to the North Wales coast for today’s edition of “Still Standing” as we take a look at surviving overhead poles.

Its probably another case of most people will easily just walk on by without realising that they have just passed a bit of history but on Gloaddaeth Street there are four original poles now in use as decoration holders and connected by strings of various coloured lights. One of the poles even still has the original carrier arm for the wire (at least half of it anyway) giving away its history. As if to show how old can be used for new the pole also has a CCTV camera attached!

With the Llandudno and Colwyn Bay Electric Railway closing in 1956 these remaining poles have to be over 60 years old and with the likelihood that they wouldn’t have been replaced in the last years of the system probably at least 70 years old. 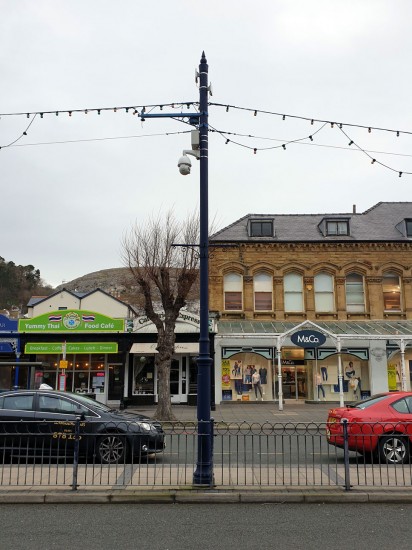 One of the poles is seen here with support bracket and CCTV camera. (Photograph by Dave Jones, 18th February 2020)

One Response to Still Standing! Tram poles in Llandudno