Whatever Happened To? Blackpool Centenary 642

We now reach the Centenary Cars as we continue our look at those trams which ran on the last weekend of the pre-upgrade of the Blackpool Tramway in November 2011.

With Centenary 641 absent for much of the last year of the tramway, 642 was the lowest numbered of the class to run during the final weekend. On Saturday 5th November it was used on the daytime Pleasure Beach-North Pier/Cabin and the evening service before the following day saw it on the daytime Pleasure Beach to Little Bispham circuit. It returned to depot just after 1600.

Since then 642 has been in and out of service on numerous occasions. Firstly, operating in a plain yellow livery before in 2018 it received workshop attention to receive a recreation of the Travelcard advert with fleet livery retained on the ends. Despite this work it has continued to have significant periods out of service but is currently operational and considered a member of the heritage fleet. 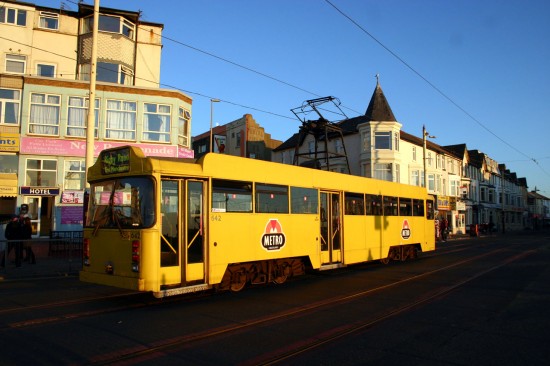 Here we see 642 heading up Lytham Road as it returns to depot on Sunday 6th November 2011. 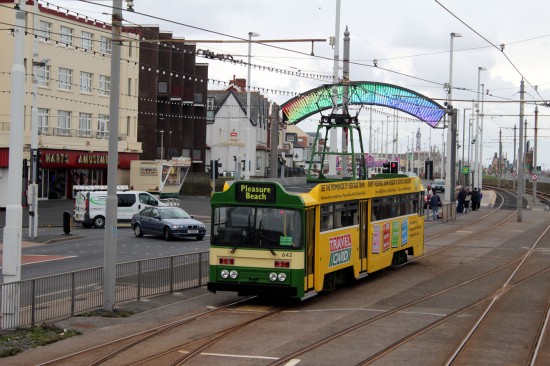 The current look for 642 includes this advert for Travelcard (although the prices have been updated since this image). We see it at Bispham on 22nd September 2018. (Both Photographs by Gareth Prior)