Posted on Thursday 30 April 2020 by Gareth Prior

Another old tram depot still standing in the northwest of England is that at Queen’s Road in Manchester. This building still very much remains in transport use today with part of the structure still remains in use as a bus garage whilst the Greater Manchester Museum of Transport also occupies a section.

The depot at Queen’s Road – not to be confused with Manchester Metrolink’s original depot of the same name – was the first to be opened by Manchester Corporation Tramways with it opening in 1901 with public services starting to be served by the depot from 7th June of that year. The original structure was extended on a number of occasions to accommodate not only additional trams but also buses with bus garage facilities added in 1928 and 1935. Trams remained allocated to the depot until 1938 after which it was converted for bus use only. Following the removal of trams there were a number of major modifications to the building with the tram entrances closed off and new entrances for the buses added. Despite these modifications it is still possible to distinguish the original tram entrances. The Greater Manchester Museum of Transport occupies the buildings at the top end of Boyle Street which used to include the tramways tower wagon garages. 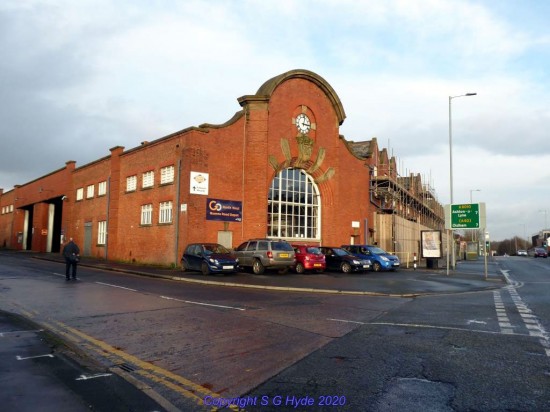 This view taken from the corner of Boyle Street and Queens Road shows the end of the building on Queens Road. The arched glazed section was the original main tram entrance to the depot. There were 3 additional entrances off a single line which ran up along Boyle Street on the left. 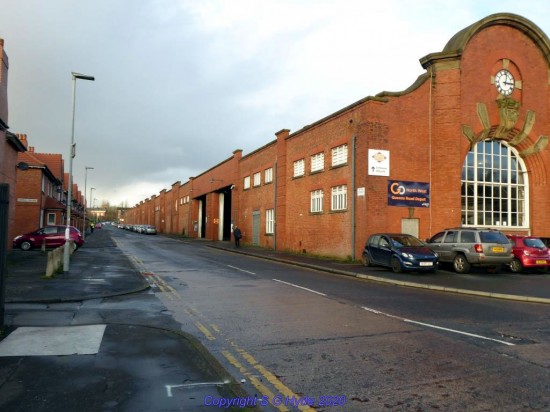 A view looking up Boyle Street, the later entrance opened up when the depot was finally converted to bus use is clearly visible. The Greater Manchester Museum of Transport occupies the buildings right up at the top of the street. 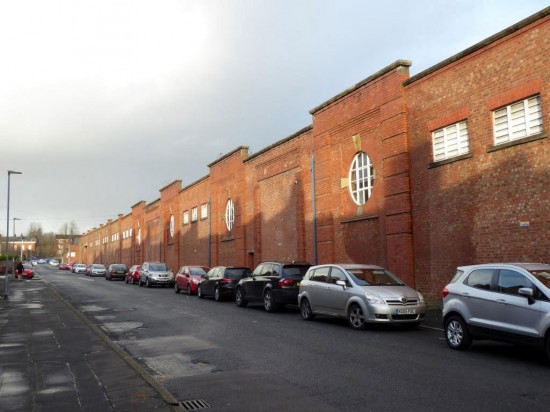 From slightly further up Boyle Street two of the three former tramway entrances are visible bricked up between the circular glazed openings, the brick panels at lintel level distinguish them. There is a third one just behind the camera. 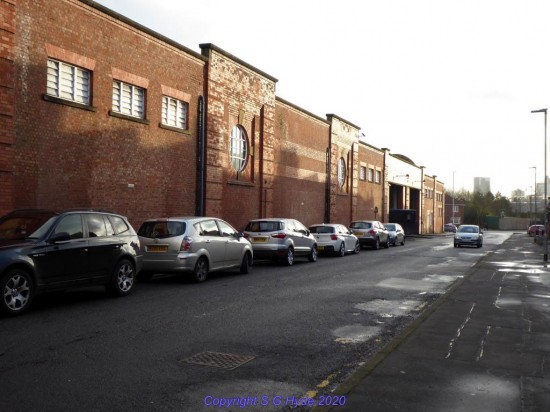 Looking back down Boyle Street towards Queens Road the other former tram entrance is marked by the banded brickwork, the newer bus entrance is also visible. 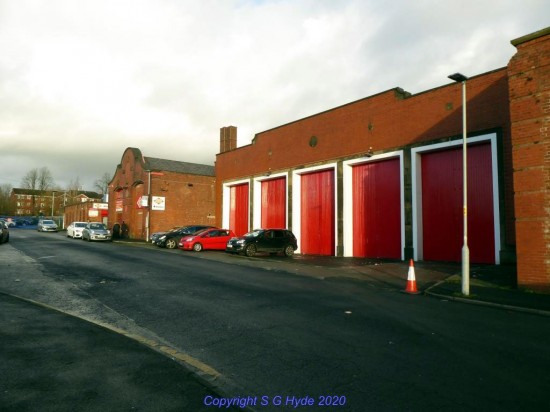 Now the buildings up at the top of Boyle Street which formed the first extensions built in 1935 to house the growing bus fleet. Beyond them lie the Tower Wagon garage with its distinctive twin fire station style doors and then the 1928 initial bus garage. 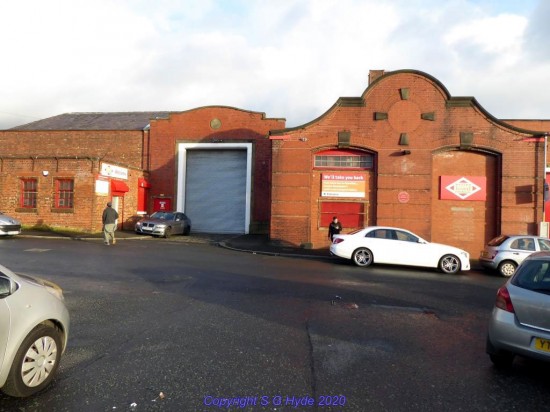 Another view taken mainly to show the Tower Wagon garage, these fire station style buildings were a feature of Manchester’s tram depots. To the left of the garage is the 1928 bus garage. 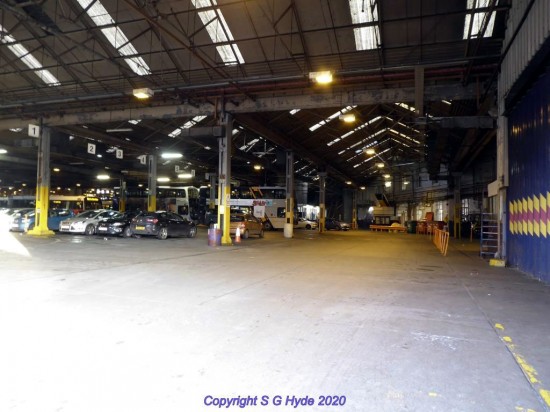 An interior view of the current depot. 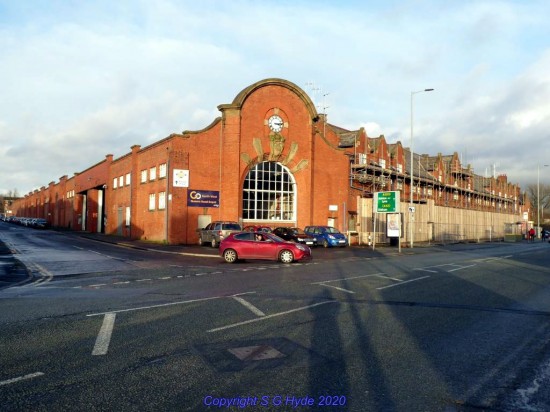 Another view of the main tramway entrance which additionally shows behind the scaffolding the office accommodation and at the far end what appears to be residential accommodation. 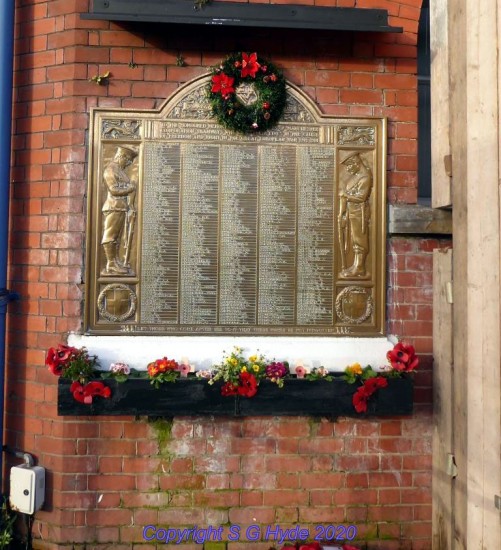 Prominent alongside the old tram entrance is a First World War memorial plaque listing members of staff lost during the conflict. It is good to see this is still cared for. (All Photographs by Steve Hyde)