Whatever Happened To? Blackpool Brush 631

Posted on Thursday 30 April 2020 by Gareth Prior

Today we take a look at one of the two Brush Cars to run over the last weekend of the traditional Blackpool Tramway – 631.

Brush 631 was not seen in service on Saturday 5th November 2011 but was then allocated to the daytime Pleasure Beach to North Pier/Cabin service on the final day of service itself, Sunday 6th November 2011. It was the final Brush Car to head back to depot shortly before 1815 on the pre-upgraded tramway.

631 is another tram which remains part of the heritage fleet today although it has too seen some workshop attention to bring it more in keeping with what is expected of a heritage car with the tram returning to service in 2014 after this work was completed. Losing its partially stripped expired advertising vinyls for Walls Ice Cream (although it did operate for some time in this condition) in favour of a fresh coat of green and cream it does retain some modern features added during its 1990s overhaul but is a useful fully enclosed single-decker. 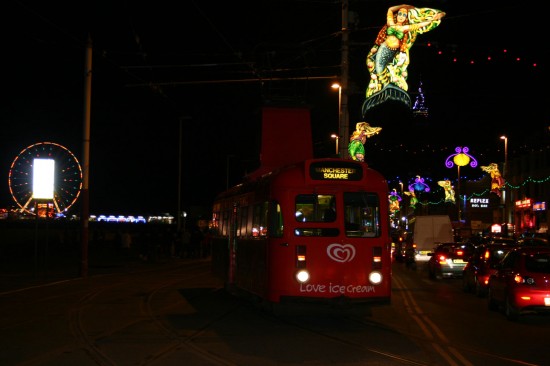 631 is about to head across the Prom road one last time (well, on the pre-upgraded tramway anyway!) on 6th November 2011. The tram is in an advert for Walls Ice Cream. 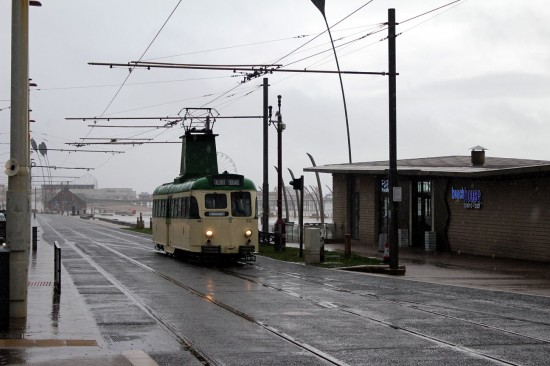 In this view we see 631 approaching North Pier and Tower on a very wet 27th September 2019. It is seen in the Green and Cream livery it received in 2014. (Both Photographs by Gareth Prior)