We’ve featured a few cliff lifts over the past few months on British Trams Online and this time we are back in the UK to take a look at one of three (two of which are currently operational) cliff lifts in Bournemouth on the south coast. This is the West Cliff Railway, the shortest of Bournemouth’s three railways.

Opened in 1908, the West Cliff Railway runs for 102 feet and links the seafront to St Michaels Road where good access can be found to a local hotel and the Bournemouth International Centre. Usually open between Easter and October each year the ticket price for a single trip is £1.75 (adults) with a season pass for one person available for £35. 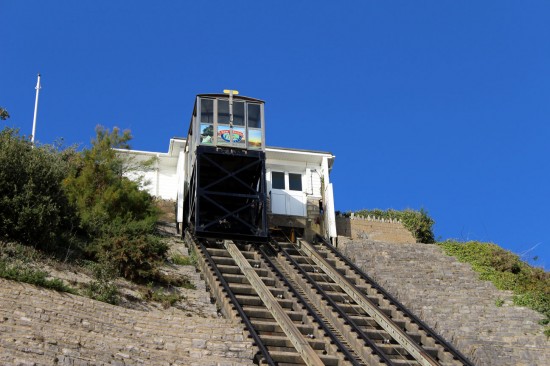 On a beautiful autumnal sunny day we see one of the cars sitting at the upper station. The cars on this railway are sponsored by New Forest Ice Cream. 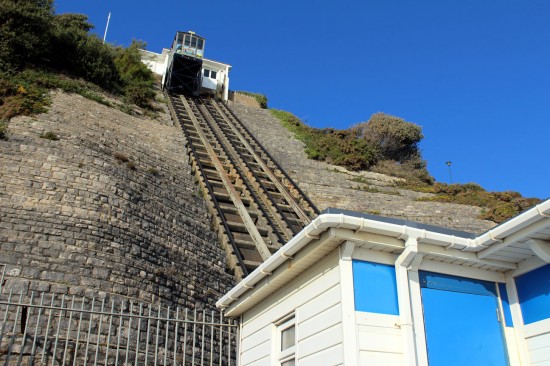 The relatively short-length of the route can be seen in this view from the seafront with the same car still at the top. (Both Photographs by Gareth Prior, 22nd October 2019)