In Pictures: Inside the Workshop at Crich

Posted on Monday 10 February 2020 by Gareth Prior

The Crich Tramway Village may be closed to visitors over the winter period but that doesn’t mean that nothing is going on – far from it! We’ve already recently seen the track renewal north from Victoria Park but away from the infrastructure the Workshop also remains a busy place – on Friday 7th February there were four trams present, including the three major restoration and overhaul projects of London County Council 1, Newcastle 102 and London Transport 1622 as captured in the below images from Keith Chadbourne. 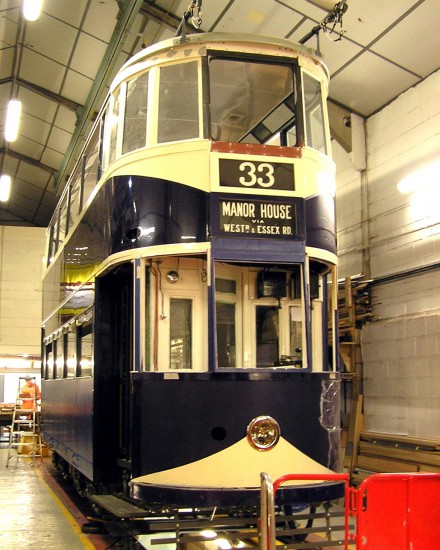 London County Council 1 – Bluebird – has called the Workshop its home for five and a half years now (is the longest length of time a single tram has spent in one go in the Workshop?) and its restoration continues to make progress. In this view we see that much of the glazing is in place and the Blue and White paintwork continues to be progressed. The tram is sitting on its own trucks. 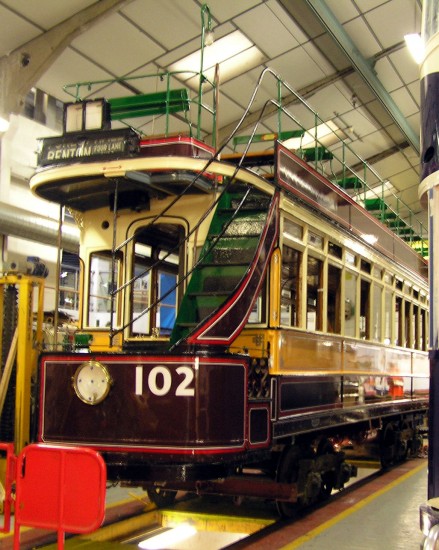 Another long-term resident is Newcastle 102. This tram is being overhauled thanks to funding from the Tramcar Sponsorship Organisation and is currently sitting on accommodation trucks whilst its own are being overhauled. 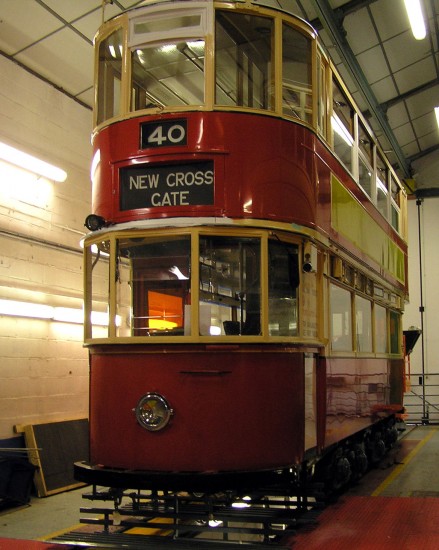 London Transport 1622 is a typical example of something going into the Workshop for some work and then a discovery made that a lot more attention was needed than first thought – as so often is the case when you are dealing with elderly vehicles! The tram has also seen some paintwork attention with its fleet numbers currently missing along with the lack of side adverts. 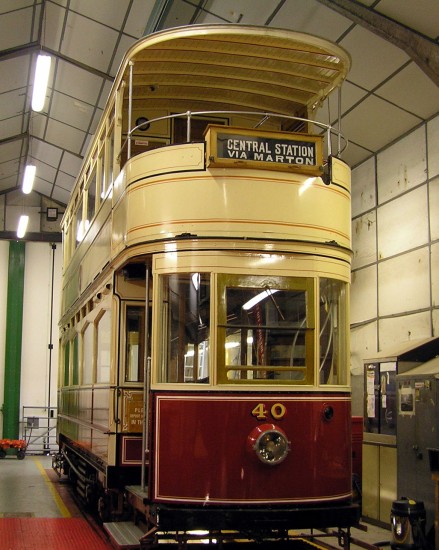 The fourth tram in the Workshop on this day was Blackpool 40. A much shorter stay for this tram which is expected to be part of the 2020 operating fleet at the museum. (All Photographs by Keith Chadbourne, 7th February 2020)