In Pictures: Edinburgh Trams move the crowds for the rugby

Posted on Monday 10 February 2020 by Gareth Prior

One of the major benefits of having a modern tram system in Edinburgh is its ability to move large crowds of people in quick succession, which is especially useful when there is a big event at Murrayfield Stadium. One of these events was on Saturday 8th February when the Calcutta Cup Six Nations Rugby Union march between Scotland and England took place which led to an intensive service running to make sure the crowds got to the match.

Even though Storm Ciara arrived during the day – and leading to atrocious weather conditions during the match not exactly conducive to a highly skilful game! – this didn’t stop Edinburgh Trams doing what it does best by moving people to the match. With Murrayfield Stadium having its very own tram stop it is an ideal way to get to the match and many thousands of spectators made that choice on the day. Trams ran up to every three minutes both before and after the match with the fairly fare spectacle of trams queuing to access stops in and around the city centre.

The match finished in a 13-6 victory for England. 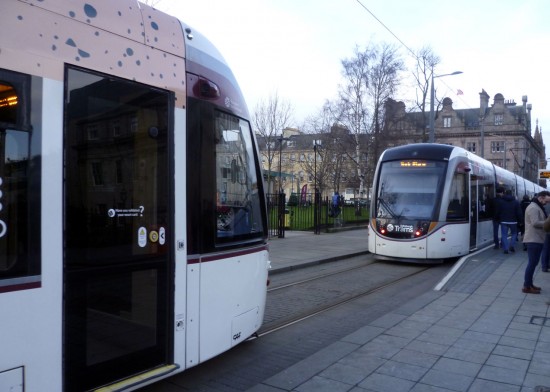 With 254 in the stop at St Andrew Square the next tram is already waiting to access it. The second tram will be 265 with both having already passed Murrayfield as they head to the single platform terminus at York Place which is likely to mean that for 254 it will need to be a quick turnaround. 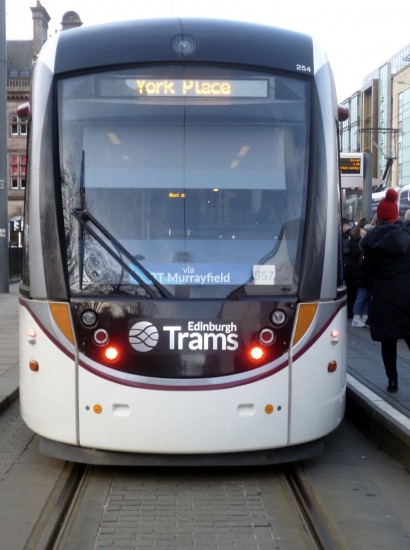 A closer view of 254 shows that the tram is carrying an extra destination board in the cab “via BT Murrayfield” to help any out of towners. 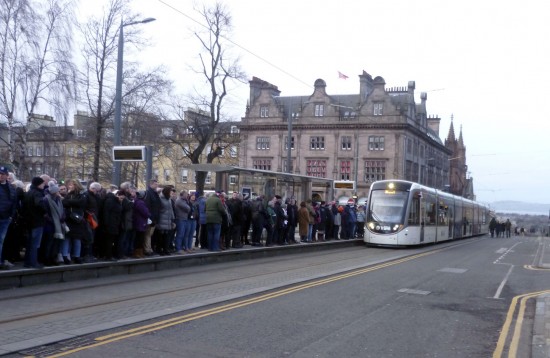 This is about two to three hours before kick off and the platform at St Andrew Square is full of passengers wanting to head to the Rugby (with this stop being the closest to Edinburgh Waverley station). The platform may look full but it will easily be emptied with 265 just arriving for the Airport. 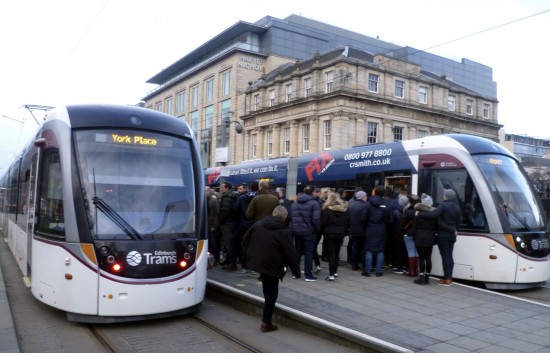 253 is off to York Place on the left here as 265 is under siege by passengers wanting to go to Murrayfield. 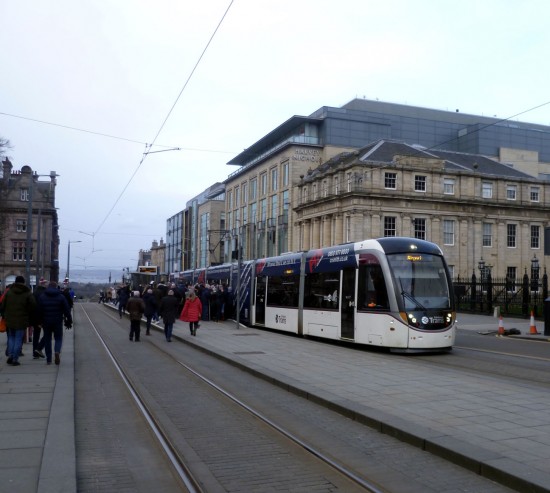 265 departs St Andrew Square for the Airport as more passengers wait for the next departure. As well as the on platform ticket machines busy event days such as these see ticket sellers to help speed things along. (All Photographs by Roy Calderwood, 8th February 2020)