Around the World in Trams: Potsdam 428

Posted on Saturday 18 January 2020 by Gareth Prior

As we continue our series of photos from Potsdam in Germany we take a look at one of the Stadler Variobahn vehicles which have been running in the city since 2010.

The 29km tramway in Potsdam has seven branch termini and all either have a turning circle or triangle and are linked by a network of eight routes, all but one which operate across the city centre. An eighth terminus at Schloss Charlottenhof is reached by an one way loop off the Pirschheide branch.

The tram seen in this photo is Stadler Variobahn 428, one of 18 of the class built from 2010. It is seen at Platz der Einheit-Bildungsform on route 94 to Fontanestrasse via Babelsberg. 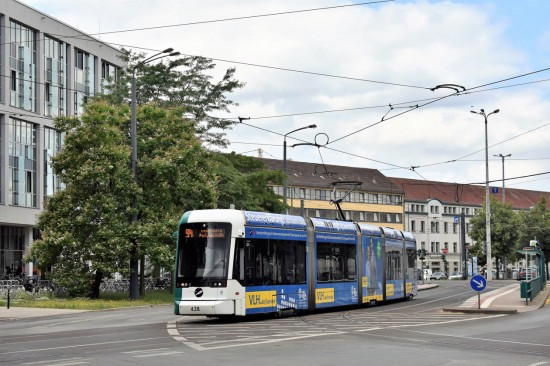